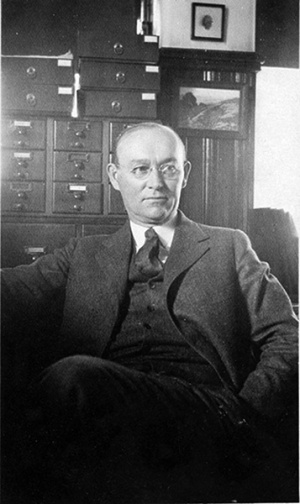 ABRAMS, Le Roy (1874-1956), Iowa-born professor of botany at Stanford University, and author of Flora of Los Angeles and Vicinity (1917), and the multi-volume Illustrated Flora of the Pacific States (1940-1960). In the spring of 1931, Dr. Abrams, in the company of botanist Ira Wiggins of Stanford University, went on a cruise on Chester Benson's yacht, Noname. They visited all but San Miguel Island, and collected plants on Santa Rosa, Santa Cruz, Anacapa, Santa Barbara, Santa Catalina and San Clemente islands.

About 40 Santa Cruz Island specimens were taken from the Smugglers Cove area, as reported in the December 1931 Santa Barbara Museum of Natural History Leaflet.

In 1909 Abrams married Letitia Patterson and they had one daughter, Margaret, who died of cancer in the 1930s.