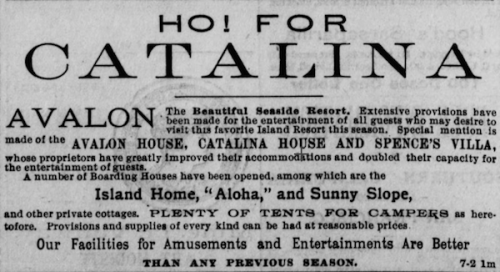 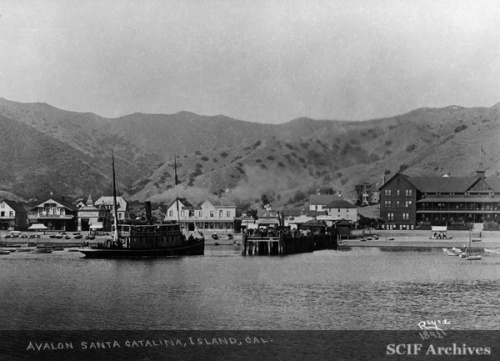 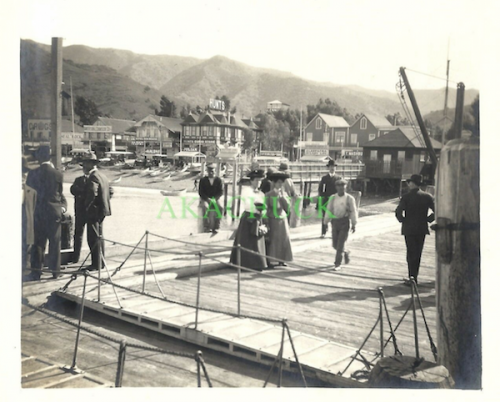 AVALON, SANTA CATALINA ISLAND HOTELS had been developed by the turn of the century, an outgrowth of tent camps and organized tent businesses such as Camp Swanfledt and Coronado Tent City. Some of the earliest hotels in order of construction included:

Many of the early hotels were destroyed by the Avalon fire of 1915.

July 11, 1916 [TI/Avalon]: “The new Catalina Hotel was opened for public inspection several days ago. A large number took advantage of the opportunity to view the interior of the first hotel to be erected since the fire. Proprietor Gill has been a resident of the island for 16 years, and he is to be congratulated on the rapidity of the work as well as for the excellent modern hotel that he has built…”