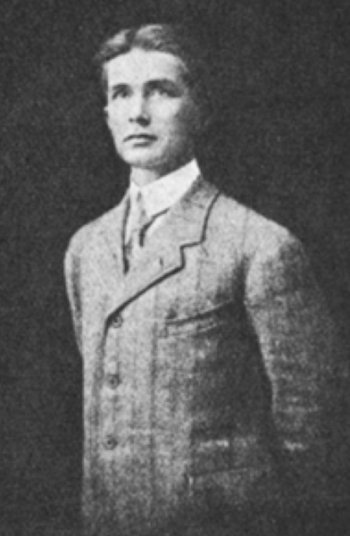 BAKER, Charles Fuller (1872-1927), born in Lansing, Michigan, was a botanist and entomologist who collected of lichens and fungi on Santa Catalina Island with his wife, Ninette Evans, in 1902 and again on March 14, 1904. Specimens were collected in Avalon. They are on deposit at the Harvard University Herbarium and the New York Botanic Garden. He moved to the Philippines where he was instrumental in the building of the Philippine College of Agriculture.

According to Millspaugh & Nuttall, “Baker spent a few hours (accompanied by his wife), in 1902, and March 14, 1904, collecting (mostly lichens and fungi) in the small wash back of the Catholic Church, Avalon. The lichens are in herb. Hasse, Harvard Univ. The fungi in herb. Ellis, New York Bot. Gard.”