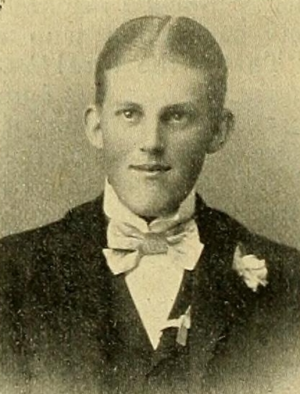 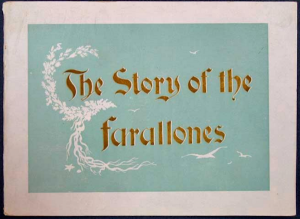 BARLOW, Chester (1874-1902) was the Assistant Cashier at the Santa Clara Valley Bank and an amateur ornithologist and oologist. He was the first secretary (for a decade) of the Cooper Ornithological Society, despite his youth. He was also the first editor of The Condor (1899-1902). Barlow authored articles in The Oologist, The Nidiologist and The Condor. His interest in ornithology was commemorated by Dr. Grinnell in the Santa Cruz Chickadee, Penthestes rufescens barlowi.

Barlow was born on June 24, 1874 in Placer, CA. He died on November 6, 1902 in Mountain View, Santa Clara, CA of tuberculosis when he was 28 years old. He had five brothers and three sisters.

Contributions to The Condor by Chester Barlow:

June 1895 [The Nidiologist 2(10):145 June 1895]: “C. Barlow and H. Ward are slated as the lucky ones to visit the Farallon Islands this year. The islands really belong to the United States, but the Lighthouse Inspector seems to have a contrary opinion; hence it is almost impossible now to get a permit from him to visit them.”

November 7, 1902 [LAH]: “Chester A. Barlow. San Jose, Nov. 6.—Chester A. Barlow, late assistant cashier of the Santa Clara Valley Bank, and an ornithologist of statewide reputation, died this morning at Mayfield. He was an authority on birds and published a magazine for several years.”