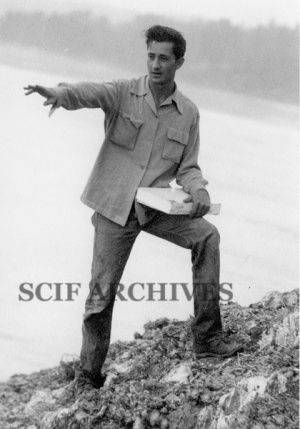 BAUMGARDT, John Howard (1922-2002)[SS#548-32-7887], was born on March 24, 1922 in Los Angeles, California to California-born parents, Howard Oscar Baumgardt (1894-1966) and his wife, Bernice. Dr. Baumgardt was a graduate of the University of Southern California School of Dentistry, and a dentist by profession. As an avid outdoorsman, he often took his three sons, Bernhard, Howard and John to Santa Catalina Island aboard his redwood motorboat, The B. John was the youngest of the three sons. He grew up in fashionable Hancock Park and attended Fairfax High School and the University of Southern California. He spent his life in the Los Angeles area and was an avid outdoorsman and birder. Baumgardt joined the southern division of the Cooper Club in 1937 at age 15, and remained a member throughout his lifetime.

Baumgardt collected a set of Bald Eagle eggs on Santa Catalina Island on March 6, 1939 [WFVZ 81721], just before his seventeenth birthday. In 1951 he published a note in Condor, Yellow-billed cukoo in the San Bernardino Mountains [53(4):207 July-August].

He served in the U.S. Navy during World War II, and in 1948 he married Marjorie McCutcheon. Baumgardt was employed in the dental laboratory field for 30 years.

Baumgardt died on February 3, 2002 in Glendora, California at age 79 (SS#548-32-7887), and was survived by his wife of 53 years, Marjory, and daughters Jane [Schell] and Susan [DiBenedetto]. Baumgardt is buried in Evergreen Cemetery, Los Angeles.

His egg collection is located and the Western Foundation of Vertebrate Zoology. 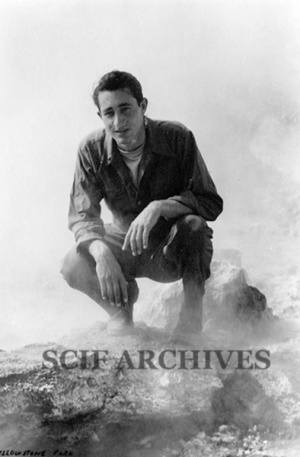