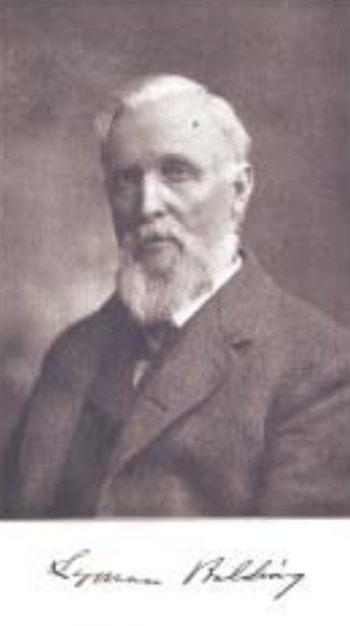 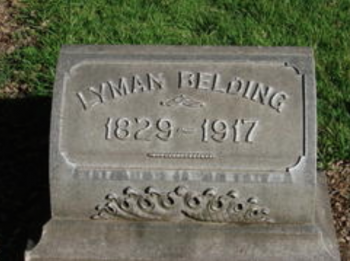 BELDING, Lyman (1829-1917) was a prominent American ornithologist. He was born to Joshua Belding and Rosetta Cooley Belding on June 12, 1829 at West Farms, Massachusetts, but later moved to Kingston, Pennsylvania when he was about 7 years old and finally to California. He spent many years on whaling ships, but became fascinated by birds after acquiring his first bird book in 1876. By then he retired in Stockton, California and became a foremost authority on the avifauna of California and Baja California.

“1881-1887. Lyman Belding. The first ornithological work in Lower California after that of John Xantus was done by Lyman, who made two trips to the cape district and to points and islands along the west coast between 1881, and the last of March, 1883...” [Nelson 1921]

Lyman Belding died on the 22 November 1917 and is buried in Rural Cemetery in Stockton, California.

Belding's yellowthroat (Geothlypis beldingi ) was named in his honor by Robert Ridgway.

In addition to his work as a self-taught ornithologist, Belding made contributions to Baja California anthropology. In 1882-1883, he joined with the Dutch anthropologist Herman ten Kate in exploring the Cape Region at the peninsula's southern extremity. In 1885, Belding published an article describing their largely unsuccessful efforts at locating descendants of the region's native Pericú inhabitants and their more successful discoveries of caves containing distinctive secondary, painted burials.

Note: Belding is not know to have visited Isla Guadalupe. The flicker specimens were most likely given to Belding by Walter Bryant, who collected 10 flickers in April 1885 on Isla Guadalupe. Thank you Bill Everett for sharing this tidbit.