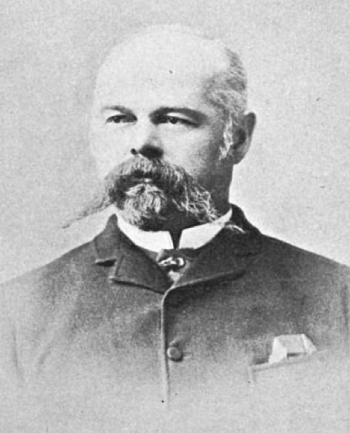 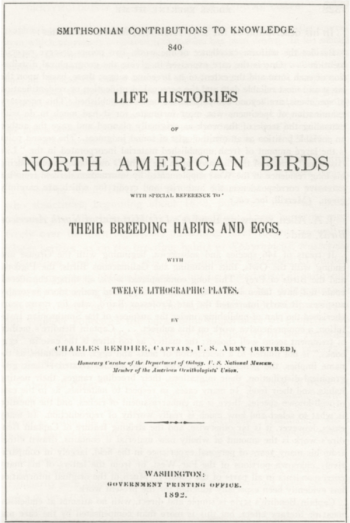 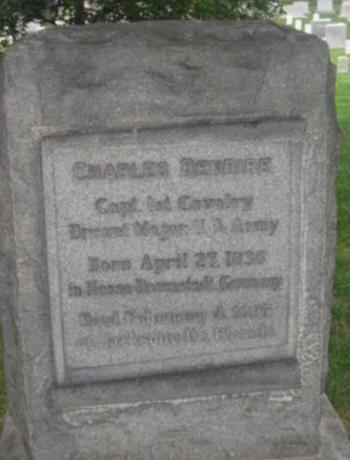 BENDIRE, Charles Emil (1836-1897), was born in Germany, the eldest of six children. Bender was home schooled until the age of twelve, after which he attended five years at a theological school at Passy, near Paris. He left school and sailed for New York in 1853, and in 1854 at the age of 18 he enlisted in the United States Army, changing his name to Charles Bendire.

During Bendire's service in the army he was sent to many locations, often isolated, across America, including Virginia, Arizona, Washington and California. Bendire became a Major. He mainly fought against American Indians during the periods of the United States' expansions. It was during these travels across North America that he developed a fondness for all things wild, and particularly birds. Bendire became a noted ornithologist and oologist, and was one of the founders of the American Ornithologists' Union. The Bendire's Thrasher is named for him.