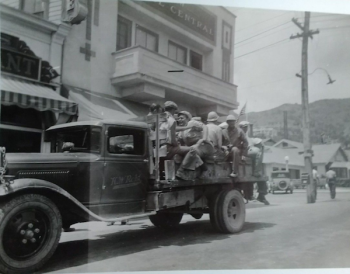 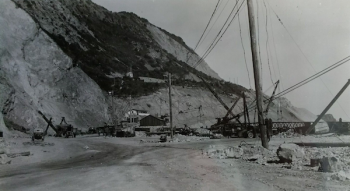 Herman was one of eight men killed in an explosion accident at the Rohl-Connolly rock quarry on November 12, 1934.

Herman Bermudez is buried in Avalon Cemetery, Santa Catalina Island. Apparently he is without headstone.

November 22, 1934 [TI/Avalon]: “The Mexican Hall at the head of Tremont Avenue was not large enough to hold the number of relatives, friends and citizens who gathered there Friday forenoon to attend the joint funeral services for Herman Bermudez, Angel Hernandez and Manuel Flores, three young Mexicans who were among the eight workmen killed by the powder explosion at the Catalina Quarry last week. These boys had been residents of Avalon for various lengths of time — some since mere lads. The attendance of city officials ad other citizens testified their sympathy for and with the friends and relatives of the deceased. Ivy Overholtzer, of 1719 South Flower, Los Angeles, was in charge of the funeral arrangements, and did his part in the thorough and careful manner for which his name is a synonym when such sad rites are necessary. His extensive acquaintance in Avalon and notable sympathy with those who mourn, fits him especially for work in this city. Father Porfirio Cornides came over from Wilmington to perform the religious ceremony of the Catholic Church. A solemn mass was sung Friday morning, following which the funeral cortege was formed, preceded by officers of the Avalon Police department and City Manager Pollok… The deceased were Angel Hernandez, aged 28, who leaves, besides his parents and seven brothers, a wife and four children — all under four years of age. Manuel Flores, aged 20, leaves a widowed mother and one sister. Herman Bermudez, aged 34, leaves a father and five brothers — all minors.”