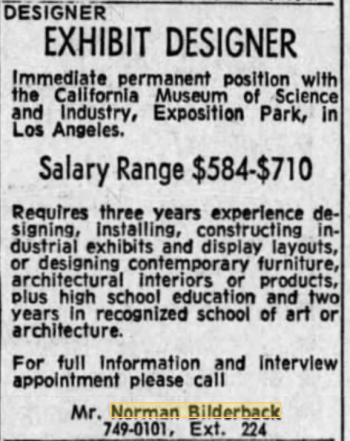 May 8, 1938 [LAT]: “Tidal waves swamp ship. San Diego, May 7.—Bringing word of the destruction of a small pleasure craft by a succession of blind swells or small tidal waves and the drowning of its skipper off San Nicholas [sic] Island, members of the San Diego Natural History Museum and San Diego Museum scientific expedition returned from the Channel Islands today on the late Pubkisher Robert Scripps's yacht Novia del Mar. Aboard the Scripps craft were 1000 specimens of birds, animals, reptiles, plants and Indian relics. Loss of the pleasure craft, the name of which was not learned, was reported to the expedition party members by a sheepherder on San Nicholas. He said the vessel, anchored off shore, first was struck by a terrific ground swell that ripped off the cabin. A few seconds later another heavy sea overturned the yacht and sent it hurtling against the rocks. A third wave picked up the unfortunate captain and sent him to his death. The tragedy occurred on the afternoon of April 12. Similar heavy ground swells came near wrecking the Novia del Mar, the expedition members reported. The Novia del Mar's cargo provided a notable addition to the exhibits of the two museums. Birds which have been isolated on the island for years and which rarely are found on the mainland were obtained by the scientists.”

October 27, 1949 [Reno-Gazette Journal]: “Museum parley held in Carson. Carson, Oct. 27.—Delegates to the Western Museum conference here over the weekend were impressed with the progress the local institution has made in the eight years since it was founded. Director Tony Green reported that the convention was successful and that the Nevada museum was fortunate in being chosen host for the event. During Friday morning's session, the delegates elected Malcolm Farmer of the San Diego Museum of Man, president... Norman C. Bilderback, California state exposition, and Dorr Yeager, national park service.”

May 27, 1951 [El Paso Times]: “Shirley Temple gives huge doll collection to museum. Hollywood.—Shirley Temple severed her last link with Hollywood when her fabulous collection of dolls and her movie costumes went on display at a museum. Shirley donated to the California State Exposition 761 of the 1500 dolls that movie fans sent her from all over the world...A moving firm took three days to move the $40,000 collection to the museum. Installation Supervisor Norman Bilderback worked eight days classifying the dolls and two weeks hanging 400 of them in cases...”

December 26, 1963 [Valley TImes]: “Museum becomes Toyland... On a weekend, more than 6,100 persons will visit the museum, of which the current exhibit is divided into separate classifications...The Museum, 700 State Dr., Exposition Park, is open every day... Norman Bilderback, director of exhibits, said the toys in the exhibit are selected with great care to make sure they represent quality design or an educational purpose. But no one can predict what toy a particular child will prefer...”

May 29, 1968 [The Daily Advertiser]: “Group here represented at meeting. Two representatives of the Lafayette Planetarium and Natural History Museum Commission attended the 63rd annual meeting of the American Association of Museums in New Orleans during the weekend... Representatives from over 400 museums from throughout the United States attended the conference.Included were museums in the fields of art, history, and science... Mrs. Latimer attended sectional meetings on education, exhibits and science, industry and technology. She heard addresses by...Norman C. Bilderback, director of exhibits, California Museum of Science and Industry...”

January 19, 1969 [LAT]: “Museum that grooves with young megalopolis...California Museum of Science and Industry, often tagged "The World's Most Motivating Museum," and run on the principle, "Aristotle with a touch of Barnum."...the museum once had little more to offer than dust-musty jars of canned tangerines and pomegranate jellies, and glass-covered ears of corn and pods of cotton. The jars are now in the basement ("We are hoping the agricultural industry, the No. 1 industry in the state, will pick up and do something exciting for us," says Norman Bilderback, director of exhibits)...”

February 13, 2012 [South Florida Sun Sentinel]: “Eugene Weston III, 87, modernist architecture in Southern California... A third-generation Los Angeles architect, Mr. Weston built a string of midcentury modern homes here before spending three decades with a San Diego firm... The architect built a number of homes in and around Pasadena, but only one in Eagle Rock, in 1953, for Norman Bilderback, then a director of design at the Los Angeles COunty Museum of Art...”