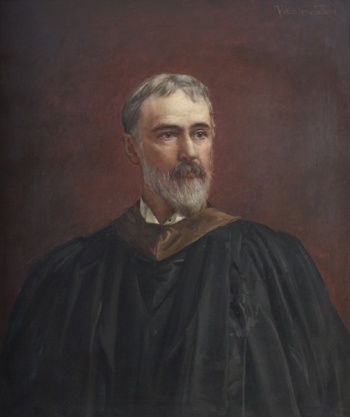 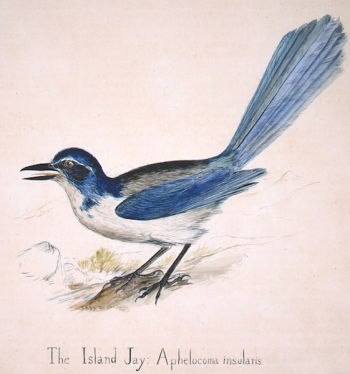 From 1868 to 1870 Blake was professor of physics at Cornell University, and from 1870 until 1895 Blake filled the chair of physics at Brown University. In 1881 Blake’s daughter, Alida (1860-1938), married Barclay Hazard for whom the genus, Hazardia, the Santa Cruz Island endemic, is named.

“Santa Cruz Island is owned by a stock company and is used as a sheep ranch; the herders constitute the only human inhabitants... Our camp was in a canyon near Platt's Harbor, on the northern side of the island.”

As a result of Blake's fieldwork, he later published two papers in Auk, the first of which includes an annotated list of 28 bird species, and the second of which is a brief discussion of the island flycatcher. A few of his specimens are located at the Santa Barbara Museum of Natural History. Blake died at age 59 of “digestive disease” in New Haven, Connecticut. He and many members of the family are buried in Oak Dell Cemetery, Peacedale, Rhode Island.