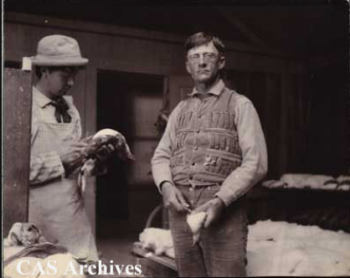 Bolton's scientific contributions are associated with the California Academy of Sciences, where he was a member; Stanford University where he studied ornithology, and the Oakland Museum where he served as the museum's first director. Bolton was an active member of the Cooper Ornithological Club.

Bolton's diaries and family papers are at the California Academy of Sciences.

The Story of the Farallones by Chester Barlow, 1897 [some photographs by A. L. Bolton]