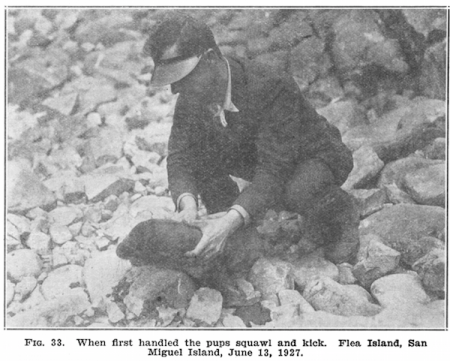 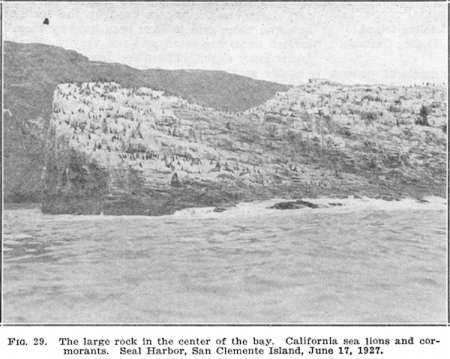 BONNOT, Paul(1899-1951), born in Norfolk, Virginia, he became a California Fish and Game biologist who studied marine mammals, and the California oyster industry in the 1930s. Bonnot ultimately identified Humboldt Bay, Drakes Estero, Tomales Bay, Bolinas Lagoon and Elkhorn Slough as the most suitable locations for commercial oyster operations in California. Of these, the state recommended that Humboldt Bay be reserved for growing native oysters.

June 24, 1927 [San Pedro Daily News]: “Patrol boat Albacore used by Bonnot out of San Pedro for two-year work preliminaries. Decision whether creatures too abundant and ought to be reduced to be based on findings—of great importance to fish industry. Working out of the office of the department of commercial fisheries of the California Fish and Game commission at East San Pedro, and using the patrol boat Albacore, attached to the Southern district, Deputy Paul Bonnot is making an extensive survey preliminary to taking a census of the seals and sea lions on the coast of California. Bonnot will cover the haunts of the seals and sea lions from the coast that borders on Mexico to the line of Oregon, and has already discovered a number of rookeries never before checked on. In addition to locating the rookeries and making a check on the number of seals and lions, Bonnot is studying the habits and the food of these denizens of the coastal waters and hopes to submit a report soon that will be invaluable to the commission. The information gathered will show whether or not the seals and sea lions are becoming too abundant...”

October 25, 1929 [Mill Valley Record]: “Writing in the Nature Magazine for October, Paul Bonnot, a scientific investigator employed by the commercial fisheries Bureau of the Division of Fish and Game, gives an illuminating picture of the sea lions of the Pacific Coast. Bonnot probably knows more about sea lions and their habits than anyone on the Pacific Coast and he is emphatic in his championing of their cause. Due to Bonnet's investigation the theory that sea lions are a menace to the fishing industry has been exploded, he declares, and his studies disclosed that the sea lions have aided the industry as they generally eat fish that are of little benefit. A recent movement to have the sea lions slaughtered wholesale was doubtless stopped by the publication throughout the State of the results of his investigation of conditions. According to Bonnet's article, there are probably nine thousand of both species, Steller's sea lion and the California sea lion on the California Coast.”

August 3, 1951 [SF Examiner]: “Bonnot dies of heart attack. Biologist fatally stricken on research trip. Funeral arrangements were pending in Palo Alto yesterday for Dr. Paul Bonnot, noted scientist and outstanding authority on the shellfish, who died Wednesday night. The 52-year-old biologist, who was associated with the California Fish and Game Division, was stricken with a fatal heart attack at Bodega Bay as he was returning to shore from a diving boat. He had been conducting deep water research on abalones. Doctor Bonnot pioneered research in the development of the oyster industry in California and was seal and sea lion census taker for the State. Surviving are his widow, Hester; two daughters, Mrs. Frank P. Ford and Mrs. Frank Farr; his mother, Mrs. Alexander Bonnot, and a brother, Oakeson Bonnot. Funeral services are being arranged by the Roller and Hapgood Mortuary in Palo Alto.”