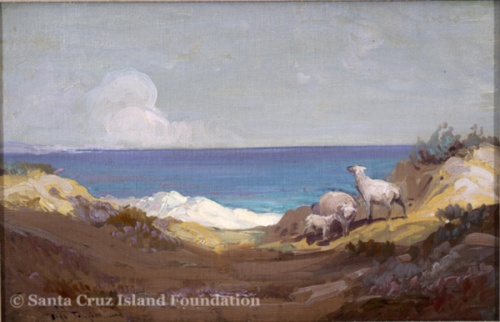 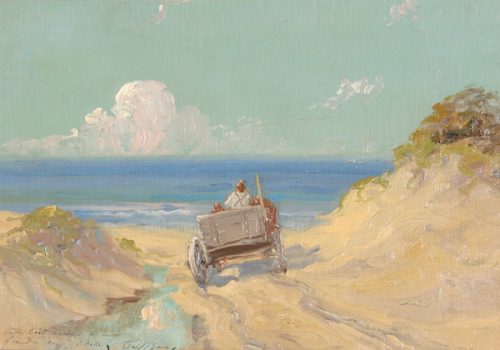 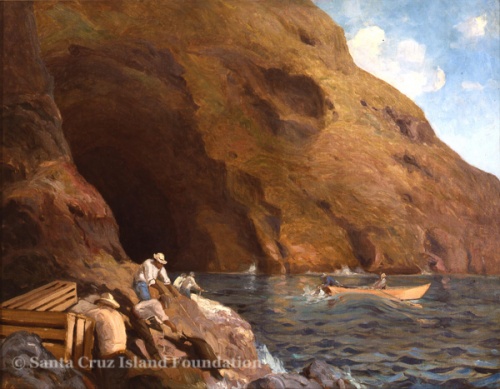 BORG, Carl Oscar (1879-1947), Swedish-born painter, illustrator and etcher who came to California in 1903. He taught at the California Art Institute in Los Angeles, and from 1918 to 1924 he lived in Santa Barbara and taught at the School of the Arts. Borg traveled in California and the west, and made several return trips to Europe. After World War II, he returned to Santa Barbara where he died in 1947.

Borg is known to have painted at least two large oil paintings depicting the capture of sea lions on Santa Cruz Island. Captain McGuire Catching Seal, 1908 is owned by the Santa Cruz Island Foundation, as is a San Miguel Island painting by Borg (one of two known).

June 10, 1908 [SBMP]: “He paints sealers. Los Angeles artist will exhibit remarkable canvases here soon. Pictures that will be full of artistic merit and unusual interest are being painted on Santa Cruz Island by john [?] Borg, the well-known Los Angeles artist. Mr. Borg came here about a month ago and went to the islands with Captain Vasquez, making his headquarters at the camp. He has been transferring beautiful bits of nature to his canvas. Mr. Borg is especially interested in the mysterious caves and one of his pictures depicts Captain Vasquez and his men in the act of capturing seals in one of the caves. The artist sat on the rocks while he painted the picture, which is on a large canvas and clearly portrays the scene. It is done so realistically that the men are easily recognized. Artist Borg will be on the island about a month longer, cruising around with the captain and making sketches. The pictures will be exhibited in this city when Mr. Borg returns.”