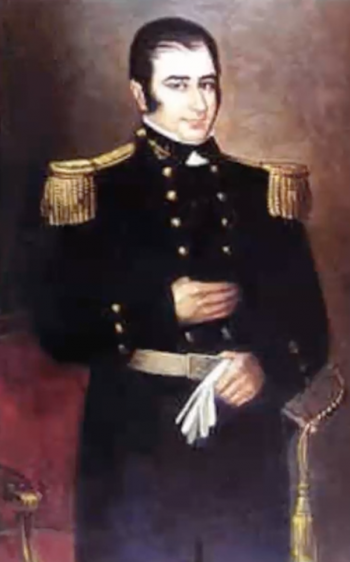 BOUCHARD, Hippolyte de (c. 1785-1843), French-born privateer, engaged in the cause of Mexican Independence for which he attacked the outlying royalist possession of California. Helen Caire noted: “The French pirate Bouchard looted and sacked several coastal towns, then anchored off Santa Barbara, creating much anxiety. He landed at Santa Cruz Island to get wood and water, but left without landing at Santa Barbara, although he did loot the Refugio Ranch.” [Caire:42]