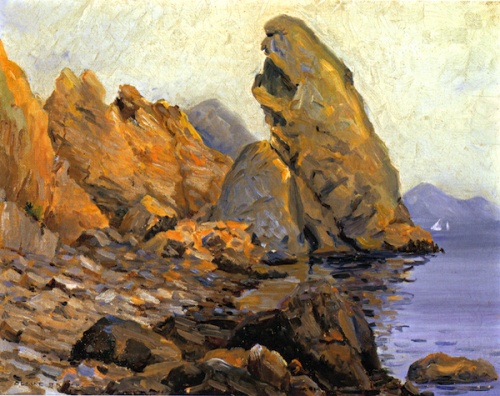 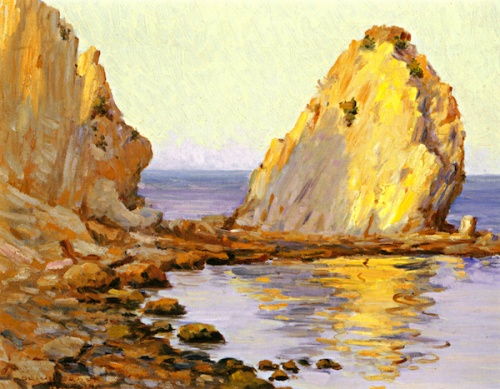 BRACK, Olive (1890-1957), born in San Antonio, Texas on Nov. 8, 1890, Olive Brack taught briefly at a private girls school in her native city and also did some painting there. Her father was Asa Allen Brack, a San Antonio photographer. Her painting career appears to have lasted for only five years (1908-1913). While in southern California in 1913, she did several oils of Laguna Beach. After her marriage to Judge D. F. Strickland, she settled on a ranch in Mission, Texas and remained until her death in 1957 in a hospital in Mission. She was buried in a cemetery in that town.