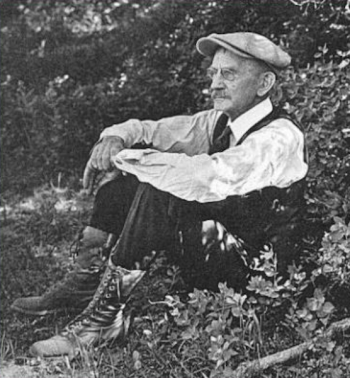 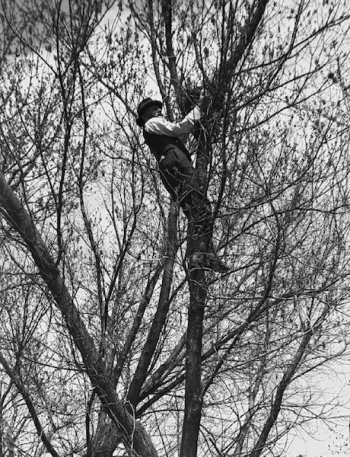 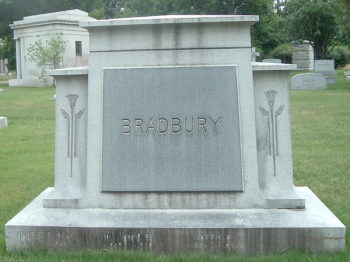 BRADBURY, William Chase (1849-1925) was born in Taunton, Bristol County, Massachusetts on February 1, 1849. His boyhood hobby was collecting bird eggs, a hobby which he renewed later in life. Bradbury was appointed Honorary Curator of Oology at the Denver Museum of Nature and Science in 1914. During his lifetime he collected what is considered to be one of the greatest oological collections in the country. It was given to the Denver Museum upon his death.

Bradbury died October 3, 1925 at age 75. He is buried in Fairmount Cemetery, Denver, Colorado.

“There is an old saying to the effect that we never know a man until we have camped with him and experienced discomforts and disappointments in an environment where superficialities are dispensed with and the inner man comes to the surface. Such were among the conditions under which I knew William C. Bradbury, whose death occurred on October 3, 1925. I became acquainted with Mr. Bradbury in 1913 when he visited me in my office at the Colorado Museum of Natural History, and, in his direct method of procedure, explained his retirement from active business and a desire to renew his boyhood hobby of collecting birds’ eggs. A second visit from him resulted in his proposing that he acquire the small collection of eggs belonging to the Museum and, in return, that he supply representative sets of all the North American species and subspecies he could obtain. That plan was carried out shortly thereafter, and from that date until his death Mr. Bradbury’s energies were centered in enlarging the collection and acquiring local rarities. In 1914 Mr. Bradbury was unanimously elected to membership on the museum’s Board of Trustees and in the same year he was appointed Honorary Curator of the Department of Oology; through those connections I came in frequent contact with him, which ultimately led to a close and intimate friendship. Having many interests in common, I lost no opportunity to accompany him on his excursions afield and there learned the splendid character of the inner man; and there, too, I was constantly reminded that when the West acquired a great builder it was at the expense of science, for I have never known a more enthusiastic worker in his chosen field, or one more insistent upon absolute accuracy. This latter trait was frequently illustrated.

On one occasion some of the young men from the museum accompanied Mr. Bradbury for field work, something they viewed as a great privilege, and in collecting a set of Rosy Finch eggs from a particularly difficult position, one of the eggs was damaged. Noting Mr. Bradbury’s disappointment, one of the inexperienced young men suggested throwing it away, and that the remaining eggs would then make a perfect set. He has frequently referred to Mr. Bradbury’s comments regarding such a procedure, which left no shadow of doubt that such practices were not approved of. On another occasion a shipment of eggs was received about the time Mr. Bradbury learned that the source from which they were obtained was not altogether reliable. They were a purchase that amounted to more than two hundred dollars, but after looking them over and referring to a letter on the subject, he crushed each set and threw them in the waste basket with the remark, “Now there is no question about them.”

Born in Taunton, Massachusetts, on February 1, 1849, Mr. Bradbury developed an early interest in the subject that was to have his undivided attention during the years following his retirement from business. Learning that fully developed eggs were occasionally found in cleaning the Passenger Pigeons arriving at the Boston market, he paid frequent visits to those places and through that source obtained a profitable medium of exchange with other boys similarly inclined. Of greater interest, however, is the fact that the collection of eggs made by Mr. Bradbury during that period was kept intact throughout the busy years of his life and will remain undisturbed in the Colorado Museum of Natural History.

At the age of twenty-two, or in 1871, Mr. Bradbury came to Colorado, where he found an outlet for a superabundance of energy on a large cattle ranch on the Platte River, below the present town of Evans. Delightfully droll and amusing were the many stories he told of that period, and his keen sense of humor was fully illustrated in the fact that he was frequently the “victim” in these tales. Fresh from the east, he was surprised at the absence of butter and cream on the table, although there were hundreds of cows on the ranch. Sensing an opportunity for large enjoyment at Mr. Bradbury's expense, some of the seasoned cowpunchers proceeded to bait him into the agreement that he would do the milking if they would bring the cows in from the range. On numerous occasions I tried to get the details of the experiment, but the invariable answer was a reminiscent smile and the comment that there was butter and cream on the table with satisfactory regularity thereafter. It was typical of Mr. Bradbury, for rarely did he mention circumstances connected with methods. When an undertaking was accomplished it was at once dismissed and seldom referred to again, unless some other subject related to it.

On October 27, 1872, Mr. Bradbury married Miss Hattie A. Howe, daughter of Buckley H. and Elizabeth A. Howe, pioneer settlers in the vicinity of Evans, Colorado, and shortly thereafter he took up residence in Colorado Springs. There he developed a large commercial business, but finding this far too confining and irksome, he started a freight and passenger service between Colorado Springs and Leadville. When the Colorado and Southern Railway extended its line to Leadville freighting was at an end, and Mr. Bradbury then returned to contracting on railroad building and large projects of irrigation. Colorado, Texas, New Mexico, Arizona, Mexico, Idaho, Wyoming and Utah became scenes of his activities. This, and the development of 37,000 acres of raw prairie land into orchards and alfalfa fields held Mr. Bradbury's undivided attention until the time of his retirement. While the enlargement and enrichment of his egg collection was given first place, and claimed a large share of his time since that date, Mr. Bradbury was interested in every phase of the Museum's efforts. This was frequently illustrated in the most substantial manner.

Holding to the highest ideals of sportsmanship, Mr. Bradbury maintained a keen interest in hunting and fishing, but the thought uppermost in his mind was moderation. He was a member of several clubs devoted to those pastimes and held to the belief that propagation was as much a duty as taking game was a pleasure. It was through his efforts that the Scaled Quail was introduced in the vicinity of Colorado Springs, from which point these quail have since spread over a large portion of the upper Arkansas River Valley.

At the time of his death Mr. Bradbury had made no provision for a disposition of his large personal collection of North American birds' eggs, but, being aware of his plans and in fullest sympathy with their object, Mrs. Bradbury generously donated the collection, together with a valuable library, to the Museum. Such it is also to a large number of individuals, the writer being among them. Denver, Colorado, December 11, 1925.” [William C. Bradbury by J. D. Figgins. Condor XXVIII. pp. 74-76, March 1926]