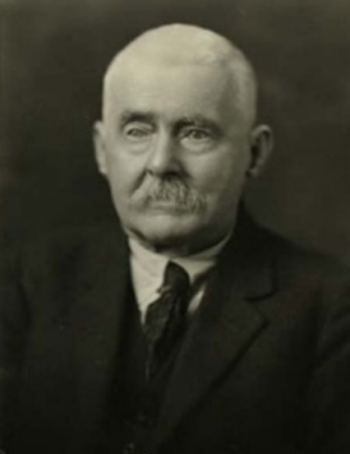 BRANDEGEE, Townshend Stith (1843-1925), Connecticut-born Yale graduate and self-trained botanist of the western United States and Baja, California. Carrying out a commission to obtain specimens of certain rare western timbers, he visited Santa Cruz Island in 1886 that turned his attention to the fascination of the biology of islands.

Brandegee added about 80 taxa to the Santa Cruz Island list compiled by E. L. Greene. Brandegee became an authority on the flora of Baja California and the adjacent islands.

“ 1889-1902. Townshend Stith Brandegee. Mr. Brandegee has done more than any other botanist, both by field work and in oubkished results, to make known the flora of Lower California. Most of his field work was carried on in connection with expeditions of the California Academy of Sciences, which he accompanied at his own expense. In addition to these expeditions, detailed elsewhere, he visited the coast region adjacent to Magdalena Bay in January, 1890, working from Matancita to Todos Santos and thence to the Dierra de la Laguna and La Paz, where the journey ended in February...In February, 1897, he cruised with A. W. Anthony in a schooner along the west coast and adjacent islands. The topped at Ensenada, and then in turn at the islands of Todos Santos, San Martin, San Geronimo, Guadalupe, San Benito, Cedros and Natividad, and at San bartolome Bay... The Brandegee collection of plants is now in the herbarium of the University of California.” [Nelson 1921]

In 1889, Brandegee married the curator of the herbarium of the California Academy of Sciences, Dr. Mary Katharine Layne Curran. For their honeymoon, they walked from San Diego to San Francisco on a botanical collecting trip.

The Santa Cruz Island endemic monkey flower, Mimulus brandegei is named in his honor. Brandegee also collected plants on Santa Catalina Island in 1884, 1889, 1890 and 1899, but most of these specimens were lost in the 1906 San Francisco fire at the California Academy of Sciences. Some duplicates survived in other herbaria. Brandegee returned to collect on Santa Catalina Island May 17-25, 1916. These specimens are at the University of California herbarium.

August 1, 1888 [SBMP]: “Natural History Society. The Society of Natural History held a meeting at their rooms on Saturday afternoon. Some specimens of local interest were added to the museum... Mrs. Bingham gave some account of the work of Mr. T. S. Brandegee, in this vicinity; he collected plants upon the islands of Santa Cruz and Santa Rosa, also at various points on the Santa Ynez range of mountains with a view of comparing flora of the two regions...”

April 18, 1897 [NYT]: “California Island life… A story of some foxes without tails, cunning ravens with a fondness for chickens, bald eagles in plenty… The flora of these islands is singular and has induced a botanist, Professor T. S. Brandegee, to say: ‘It has been suggested that these islands are the remnants of a Western Atlantis.’ The botanical arguments in favor of the theory are drawn principally from the flora of Santa Cruz Island and consist mainly of new species…”

September 4, 1917 [TI/Avalon]: “Over 400 different plants are found on Santa Catalina Island, many that are rare on the mainland. Professor T. S. Brandegee says: ‘It has been suggested that these islands are the remnants of a western Atlantis. The botanical arguments in favor of the theory are drawn principally from the flora of Santa Cruz Island, and consist mainly of numerous new species’…”