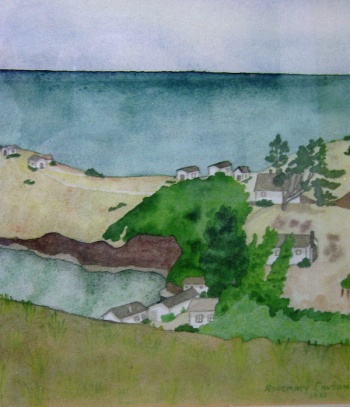 BROWN, Rosemary Carton (1914-2010), a 1936 graduate of Scripps College where her art teacher was Millard Sheets. In addition to art, she studied languages and archaeology. After Scripps she took additional classes at Santa Barbara City College.

Rosemary raised five children on a Carpinteria Ranch passed down from her great-grandparents.

Rosemary Brown died at age 96. She is buried in Carpinteria Cemetery.