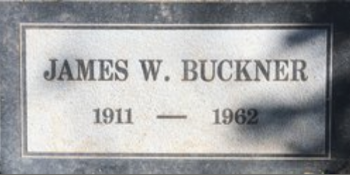 November 4, 1962 [Independent Star News]: “South Pasadenan, 51, drowns while diving. James W. Buckner, a Pasadena accountant and chief of the Pasadena Police Reserves, apparently drowned yesterday while skin diving off Santa Barbara Island, about 40 miles southwest of Long Beach. Buckner, 51, lived at 1425 Laurel St., South Pasadena, with his wife Margaret and his children Danny and Kathy. He was a certified public accountant with the firm of Howell & Martin of Pasadena. Buckner was flown by Coast Guard helicopter to Long Beach Memorial Hospital where he was pronounced dead on arrival. A Coast Guard spokesman said Buckner reportedly was with a group of other skindivers when the tragedy occurred. A helicopter was dispatched after a distress call was received from the party's boat. Officer Russell Krough of the Long Beach Police Department said the coroner's office would hold an inquest into Buckner's death. South Pasadena Police Chief Melvin I. Viney paid tribute to Buckner last night as "a mighty fine fellow whose death is a real loss to the force and the reserve group."