BULLARD, William (1920-2007) [SS#522-28-9852] was the older of two children born to William C. and Edith Bullard. He grew up in Nebraska until the family moved to Colorado in the 1930s. Bullard was drafted during World War II and served in the Army as an X-ray technician. After the war, he went to Colorado State University and University of Denver where he graduated with a degree in botany. He and his wife, Jean, married in 1947 and had four children. 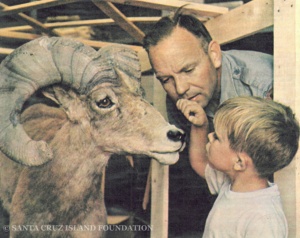 Bullard spent 27 years with the National Park Service as a ranger and chief naturalist. While on Santa Barbara Island on September 11, 1957, he collected a Bald Eagle [MVZ 136146] he found dead from strychnine poisoning. Bullard gave the specimen to his friend, William W. Dunmire, who in turn deposited it in the collections at UC Berkeley. This is the last eagle specimen collected on the California Channel Islands. Bullard was the only collector of a Bald Eagle from their historic population still alive at the time of this research. 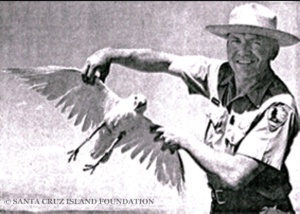 Bill Bullard died at age 86. He was survived by his wife, Jean, daughters Wendy and Janne, and son Kent. Son William Bruce (1951-2003) predeceased him. His son, Kent, worked for Channel Islands National Park from March 1982 until January 2012.