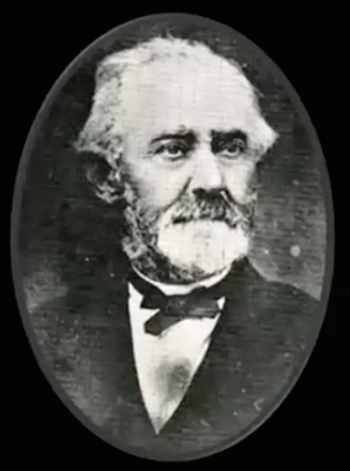 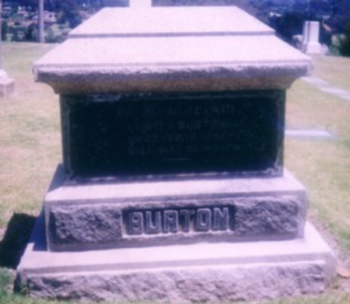 BURTON, Lewis T. (1809-1879), Tennessee frontiersman, came overland at age 21 with the Wolfskill party to California in 1831, and arrived in the Santa Barbara area shortly thereafter to trap otter. In 1839, he married Maria Antonia Carrillo (1822–1843), (daughter of Carlos Antonio Carrillo) and sister of Pedro C. Carrillo. Burton served under John C. Frémont, and was the first American Mayor of Santa Barbara in 1850. In 1846, Burton bought Rancho Bolsa de Chamisal. Burton Mound is named for him.

Burton Mound, located slightly inland from today’s West Beach, was a swampy area with mineral springs and affected by high tides. It was dominated by a slight rise, some 30 feet in height, which came to be known as Burton Mound. At the time of the founding of the presidio, in 1782, it was the site of one of the largest Chumash villages on the South Coast. Lewis T. Burton, bought the site in 1860. After otter hunting, Burton turned to ranching and the mercantile trade. In 1839 he married into the prestigious Carrillo family. He used the adobe as a combination general store, post office, and residence and surrounded it with orchards of pear, peach, fig, and olive. When Santa Barbara was incorporated as an American town in 1850, Burton was selected the first president of the Common Council. In 1865, he became one of the shareholders in the company that built the short-lived Chapala Street Wharf. Burton died in 1879.

May 21, 1879 [SBMP]: “Lewis T. Burton. Although not unexpected, the death of Lewis T. Burton will be a shock to his many old friends and companions in the city. He has been in poor health for several years, and during many months has suffered intensely, so that his death may be looked upon as a happy release from bodily suffering. Mr. Burton was born in East Tennessee in 1809. When about 21 years of age he started, in company with sixteen other young men for the golden west, arriving in Santa Barbara in 1831. Of that band of young pioneers not one is now lining, Mr. Burton being the last to die. They were all men of sterling principles and without an exception achieved success in their various stations in life. Mr. Burton was so well known in this community that it is almost unnecessary to say much of his labors here.He has been a constant resident of Santa Barbara since he first arrived on these shores, and has been one of our most prominent citizens; active in public affairs and generous almost to a fault in the interests of Santa Barbara. The remains will be taken to Trinity Church at 10: o'clock, a.m., on Friday, where his friends will have an opportunity to gaze for the last time upon the features of their old comrade. The funeral services will be held in the afternoon from the church. ”