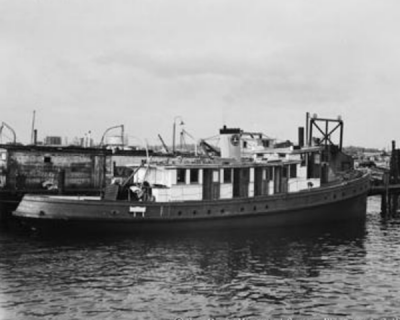 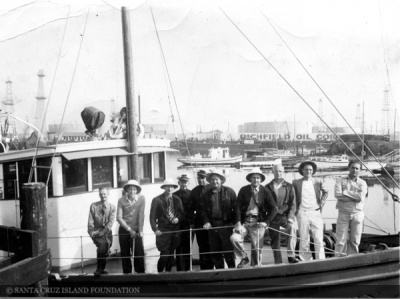 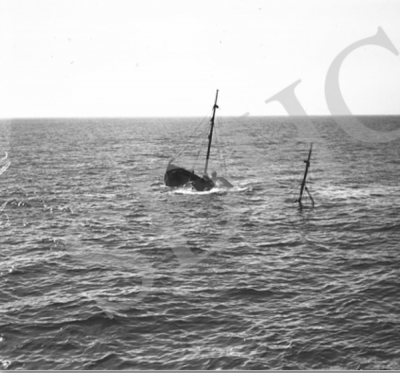 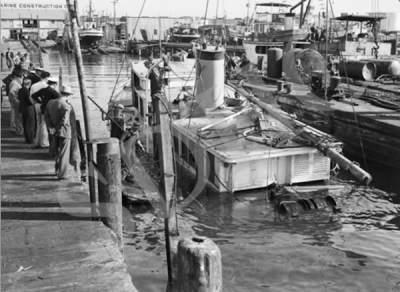 Blue Fin (#229764) (1930-1944), an 81-foot, $88,000 wood California Fish and Game patrol boat that provided transportation for the Channel Islands Biological Survey until her accident in Mexican waters. The vessel struck a reef at Islas Coronados and sank while being towed back to San Diego. After being raised, and an extensive rebuilt, Bluefin was relaunched in 1940.

Bluefin stranded on Santa Rosa Island on September 3, 1944. At the time of her loss, she was under charter to the U.S. Army that maintained a World War II Army Camp on the island.

November 12, 1940 [San Pedro News Pilot]: “Rebuilt Fish-Research Boat Undergoing Trial Run here. The division of Fish and Game research boat Bluefin, which on Armistice Day, 1939, sank while being towed into San Diego harbor after striking a reef in the Coronados islands was undergoing trial runs here today after being completely rebuilt in a year's time at the cost of about $20,000. Capt. C. H. Groat, district inspector for the division of Fish and Game, said the boat would be ready for service again within a few days. The work was done at Al Larson's yard, Fish Harbor. The Bluefin was given an entirely new substructure, her hull repaired and reinforced and new equipment added to make her equal to a new ship.”

December 13, 1939 [San Pedro News Pilot]: “Research boat to be repaired. The division of Fish and Game laboratory research boat Bluefin, which sank last month off Point Loma and later was raised and drydocked at San Diego, will be repaired temporarily and not immediately rebuilt. This was revealed today by the division's local office. The cost was not estimated. The 80-footer crashed on a reef in the Coronados Islands while on a research voyage and sank while being towed. She will be put back in temporary commission pending a decision by the FIsh and Game commission on whether or not she should be rebuilt.”