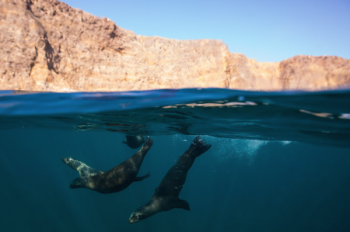 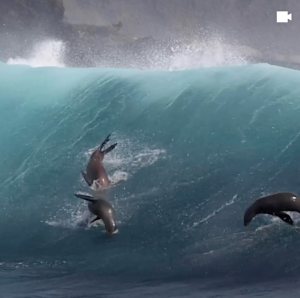 August 14, 2019 [Sonoma Times]: “Demographics of sea lion pups show a population under pressure. According to the California Office of Environmental and Health Hazard Assessment, (OEHHA), annual sea lion pup birth counts at San Miguel Island between 1997 and 2016 ranged from a low of 9,428 to a high of 27,146. The greatest declines occurred in 1998, 2009, and 2010, all years characterized by warm ocean conditions. According to their compiled research, pup production is a result of successful pregnancies and is an indicator of fish and cephalopods that serve as prey for sea lions. High pup counts in 2011 and 2012 suggest that pregnant females experienced good foraging conditions in these years when cooler ocean conditions prevailed. The number of births declined again in 2015 and 2016 in response to warmer ocean waters due to a marine heat wave and El Niño conditions.”