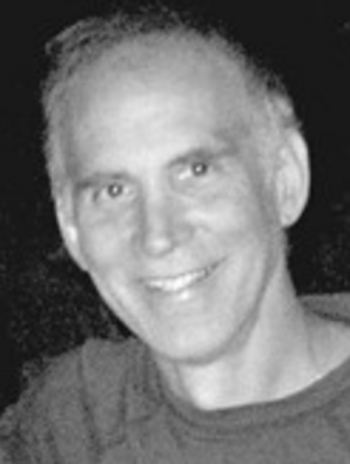 CAMPOS, Christopher James (1956-2017) from Chico died while scuba diving at Two Harbors on September 30, 2017. He was 60 years old. The cause of the death was under investigation. A medical examiner stated the primary cause of death was hypertensive cardiovascular disease.

October 6, 2017 [The Islander/Avalon]: “September 30. Deputies responded to a scuba diving accident at Two Harbors. Christopher Campos from Chico died while scuba diving. The cause of death is under investigation.”

October 14, 2017 [Chico Enterprise-Record]: “CHRISTOPHER JAMES CAMPOS was born October 11, 1956 to Roland and Florence Campos in Union City, Ca. Many lives were touched by this man most knew as CJ, The Ceege, Popi & Dad. CJ's spirit for adventure started early; as one of four brothers, many days were spent together exploring the hills behind their childhood home. In 1973, the adventure continued when CJ moved to Chico, following his big brother, Mike. Putting down roots in Chico was an easy choice for CJ. It was the place that he knew he was meant to be. He was an active member in the TG fraternity in the 70's and continued his support of new pledges every year. At a fraternity social in 1975, CJ met Gerri, and they became the parents of their two wonderful children: Casey & Aubrey. In 2001, CJ met Lynne and gained three more amazing children: Marie, Jessica, and Nick. CJ was the man all looked up to; the advisor, the listener, the self-less provider. If there was anyone to embody the notion of "Work Hard, Play Harder"; it was CJ Campos. Beyond the endless hours spent dedicated to his trade as a craftsmen, CJ invested time in his evolving hobbies and everyone who was involved in them. He was a Boy Scout leader, lobster and abalone diver, rock climber, bike rider, duck hunter, underwater hockey enthusiast, golfer and traveler--all for the time it allowed to spend time with the ones he loved. CJ's passion lay with his family, friends, and the unwavering sense of the next adventure. There was always room for more with CJ; one last push, he'd say. CJ was known for his craftsmanship and being a true artist. CJ's woodwork is internationally acclaimed and he was very proud of this accomplishment. His work made a lasting mark in homes, restaurants, and businesses all over the United States: from California, to Colorado, to Tiffany's in New York. His work was his art and no one could deny that CJ had a gift of giving beauty to the world. Family vacations were numerous and annual gatherings in Chester and Fort Bragg were never missed by CJ. With or without intention, he checked off several bucket list items, things others would only dream of doing. This is where CJ shined: he didn't just dream, he accomplished his dreams. When CJ set his mind to something, you'd bet it would happen. CJ was the epitome of giving 110% to his family, his work, and his friends. He'd always do the right thing for you and expect nothing in return. CJ was our best friend. CJ Campos was preceded in death by his brother, Patrick, and his mother, Florence. CJ has left his legacy in Chico as well; His wife, Lynne; his children, Casey (Angela), Aubrey (Jesse), Marie (Mike), Jessica (Bryan), and Nick (Rachel); and his grandchildren, Jack, Sam, Ayden, & Evyn. In lieu of flowers, please consider a donation to Camp Lassen in Butte Meadows, where CJ and Casey spent many summers. Camp Lassen Alumni, GSE PO Box 13558 Sacramento, Ca 95853-3558 A Celebration of Life will be held Saturday, October 21st @ 1:00. For information regarding the event, please contact Jessica (530) 624-5986 or Marie (530) 624-3878. Share your thoughts online at NewtonBracewell.com.”