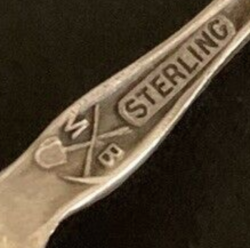 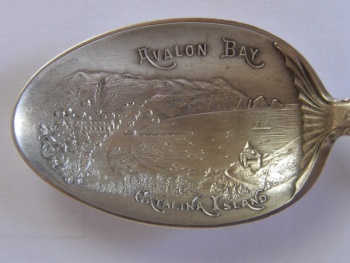 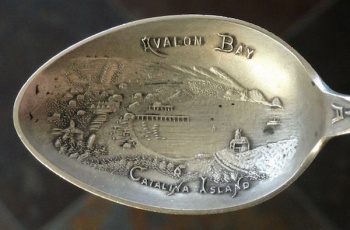 The Hotel Metropole on the handle of this Mayer spoon is one of only two currently known instances where the hotel appears as a designed element on a manufactured Santa Catalina Island souvenir spoon. (The other is on the reverse of a C. M. Robbins spoon featuring Sugarloaf Rock, a tuna and "Catalina Island" on the front.) 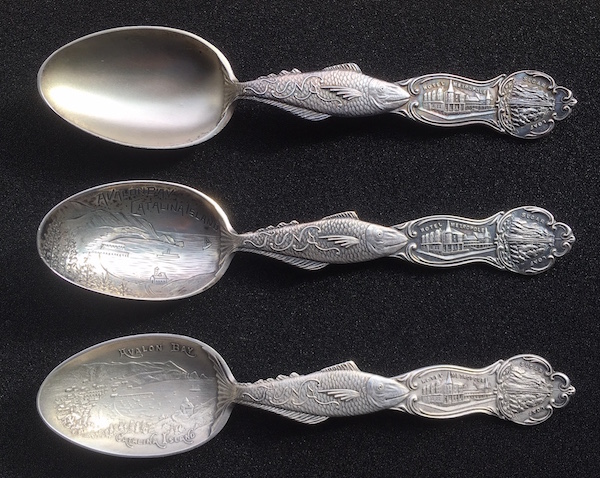 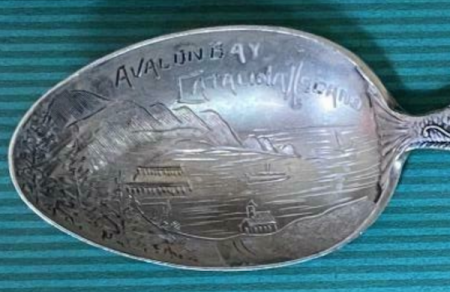 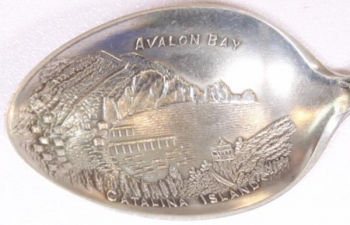 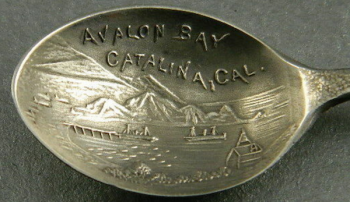