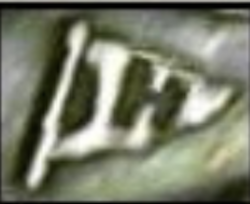 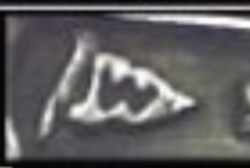 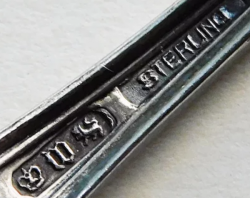 
Research by Harry Merrick: The Watson Co. and its earlier incarnations, identified by various permutations of the names Watson and Newell and including a subsidiary, the Mechanics Sterling Co., were very active producers of Catalina souvenir teaspoons during the first few decades of the 20th century. Some of the most elaborate and quintessential Catalina souvenir teaspoons are their products.

For the most part Watson’s teaspoons are “old style”, decorated front and back, with bowls displaying an embossed Avalon Bay scene. They produced at least a half dozen specialty spoons, and frequently they (or other jewelers and engravers) associated a number of other Watson pattern spoons, including two very distinctive generic themed fishing patterns, with Catalina, via engraved inscriptions, engraved scenes and embossed bowl scenes.

Many of their early topically themed pattern spoons were illustrated on a page entitled “Spoons for the Sea Shore” in a Watson, Newell Co. catalog (ca. 1900-1910). It displayed the available Watson generic fishing and maritime theme spoons and one Watson Catalina specialty spoon (W-N #841) and provided the pattern number for each.

The history of maker’s marks attributed to the Watson Co. and its antecedent firms is a bit murky and not very precisely dated. Conventionally, three different marks are reportedly found on “Watson” produced spoons. The earliest is the “Pennant H” mark, which is also sometimes specifically attributed to the Mechanics Silver Co., the Watson flatware making subsidiary. A rarer “Pennant W” mark is also found occasionally. However, by far and away, the most common Watson mark is a three-part hallmark style mark, which according to C. McGlothlin (pers. com.) is likely to have first appeared in late 1905 or 1906.

Prior to about 1906 all "Watson" flatware (including souvenir spoons) were marked with a "Pennant H" mark that is frequently attributed to the Mechanics Silver Co. That is why you sometimes find "Watson" spoons listed as Mechanics Silver Co. and vice versa. The Mechanics Silver Co. was a wholly owned subsidiary of "Watson" (or Watson Newell, Watson and Newell, or whatever the then current permutation of the "Watson" firm's name was). I think they shared the same physical building as the Watson hollowware division. 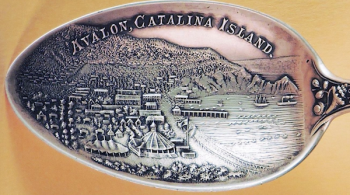 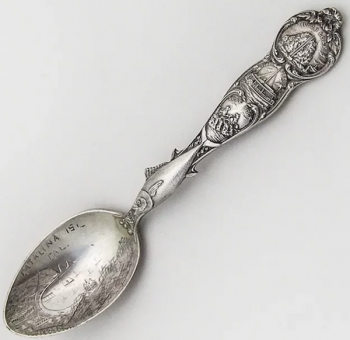 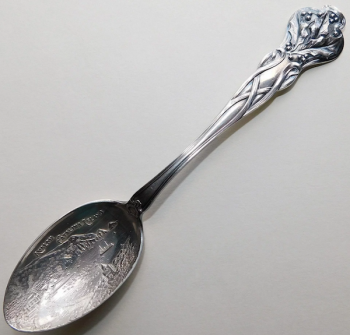 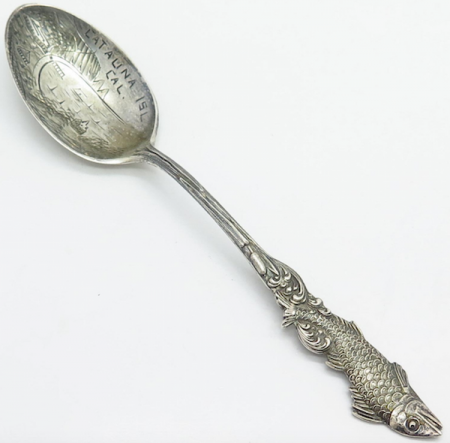