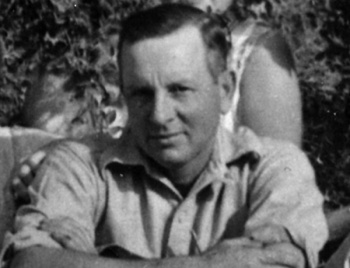 CHAFFEE, Clarence Fay “C. F.” (1889-1979), Ventura businessman and grandson of Walter Scott Chaffee, who was awarded the last lease of Anacapa Island from 1932 to 1937. Chaffee paid $760 a year for the lease which allowed farming and grazing, but prevented subletting. Chaffee’s sole island interest was in developing a sport-fishing camp on the island for which he planned to build a pier and a sea wall. Chaffee took on three partners, Merrill C. Allyn, Al Derby, and a Mr. Philbrick for this venture, but the elaborate plans never came to fruition.

Chaffee then wanted to enter into an agreement with the Redlands Investment Company run by Mr. J. M. Johnson who wanted to stock Anacapa Island with game birds under his American Game Bird Company, and to conduct reforestation programs. The Lighthouse Bureau rejected this proposal, and when Chaffee’s lease expired, no more leases were issued.

Chaffee's lease expired on April 1, 1937, and Lighthouse Superintendent Rhodes wrote to him in June requesting that he remove his buildings and other property from the island. Chaffe had erected two buildings during the term of his lease. In the summer of 1937, one of them, 18 x 12 feet in size, was occupied by two radio operators from the Coast and Geodetic Survey boat, Pioneer. Fisherman Charles Johnson lived in the other building, where he died in 1938. Frenchy LeDreau moved back to Anacapa Island in 1938 after a 4-year absence to occupy Johnson's cabin.

Ventura County directories (1912-1952), list C. F. Chaffee as a salesman, engineer, farmer, fisherman, and in the late 1930s, foreman and then assistant manager of the Ventura Wharf & Wholesale Company. His father Walter Scott Chaffee, had been manager there until his death in 1936.