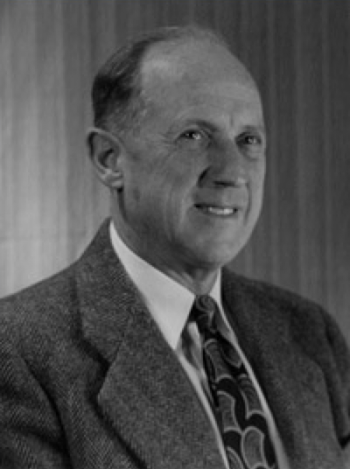 CHANEY, Ralph Works (1890-1971) [SS#551-56-2007], paleobotanist of the Carnegie Institution; head of the Department of Paleontology of the University of California at Berkeley (SBMNH Leaflet Feb. 1933) who discovered and wrote of a fossil flora found in the Pleistocene alluvial deposits of Santa Cruz Island.

Chaney states that “Mr. Frederic F. Caire, one of the owners of the Island, has long been aware of the presence of fossil logs in the alluvial deposits at the west side of the island. This locality was reported to the writers by Dr. R. L. Olson, formerly of the Department of Anthropology of the University of California, who was in charge of a University party which spent several weeks on the island during the summer of 1927… “Through the courtesy of Mr. Caire and the facilities which he offered us, we have been able to visit the island and increase the number of specimens available for study.”

Chaney was also interested in ornithology and published several articles in Condor. He became a member of the Cooper Ornithological Club in 1923.