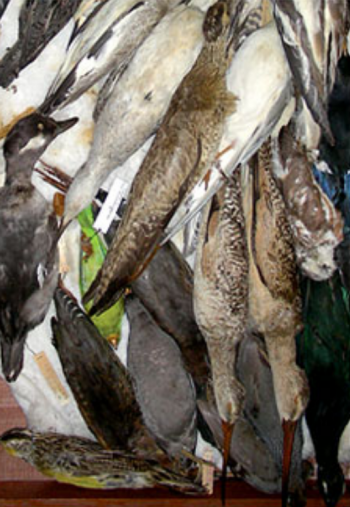 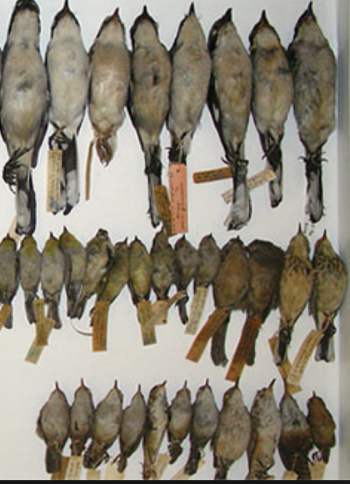 COOKMAN, Alfred (1891-1972) [SS#139-30-9016], biologist and ornithologist who taught biology in San Diego high schools, Pomona High School and Pomona Junior College. He was actively involved with the Nature Club of Southern California in the late 1920s and early 1930s, serving as president for many years.

Cookman made four trips to Santa Cruz Island. He spent three days camped on Santa Cruz Island September 1-3, 1928 in the company 60 members of the Nature Club, along with Dr. Ralph Hoffmann of Santa Barbara, Elbert Benjamine, and Mrs. A. B. Maescher, who were there to record birds and to “get motion pictures of sea lions.”

In 1932 Cookman was suspended from teaching on immoral conduct charges filed by five different women, and as a result he tendered his resignation.

In 2009 the Academy of Natural Sciences, Drexel University, Philadelphia [ANSP] acquired the Alfred Cookman bird collection, which included 728 bird skins, mainly from California, that were collected in the early 1900s. The collection holds skins of some exceedingly rare birds such as California gnatcatcher, black rail, least tern, island scrub jay, and Galapagos mockingbird. Alfred Cookman was a high school science teacher in Southern California who, as part of his work as an educator, amassed an impressive collection of bird study skins to use in his lectures. He had a traveling naturalist road show of museum specimens that he used to educate the public. Included with the collection are a number of supporting documents and photographs of his travels.

The collection arrived at the Academy packed in two large wooden crates. Through years of neglect and poor packing, the collection was in generally poor condition with many specimens balled together in the packing crates. After a few days of unpacking and feather grooming, the skins are now part of the Academy’s state-of-the-art Ornithology Collection, which consists of more than 200,000 bird study skins.

April 8, 1925 [TI/Avalon]: “Alfred Cookman, Instructor of Biology and Bacteriology at Polytechnic High School in Los Angeles, is visiting Avalon with a party of fifteen boys.”

July 24, 1972 [NYT]: “Elizabeth, New Jersey, July 23—Alfred Cookman, who retired in 1953 as director of the biology department of Jonathan Dayton High School in Springfield, died Friday at the Toms River Convalescent Center. He was 80 years old and lived at 707 North Broad Street. Surviving are his widow, Rebecca; 3 daughters, 2 sisters, 13 grandchildren and 4 great grandchildren.”