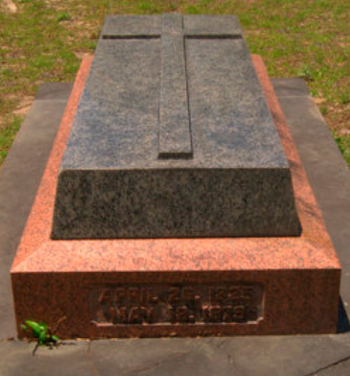 CUYLER, Richard Matthaei (1825-1879), Georgia-born son of Richard Randolph Cuyler and Mississippi M. Gordon. Cuyler became a Lieutenant Commander for the U.S. Coast Survey on the Pacific Coast in the 1850s, along with Lieutenant James Alden. Cuyler began as a midshipman on April 28, 1839. He passed midshipman, becoming Master and Lieutenant. His employment with the United Stated Coast Survey began on June 20, 1845, and Cuyler became master of the schooners U.S.S. Active and U.S.S. Ewing.

Cuyler’s Harbor on San Miguel Island was named for him in 1852 by A. D. Bache, Superintendent of the U.S. Coast Survey. On March 13, 1853, Lieutenant Commander James Alden, aboard the U.S.S. Active in San Francisco, wrote to A. D. Bache: “I have to respectfully to report that as soon as the news of the disaster which occurred, near the mouth of this harbor, to the Pacific Mail Steamship Company’s steamer Tennessee, reached me, I dispatched two boats, well manned, under the charge of Acting Lieutenant R. M. Cuyler, to their assistance, and I am happy to say they were fortunate in being able to render them good and efficient service. Mr. Cuyler, with his boats, succeeded in transporting more than two-thirds of some six or seven hundred passengers, with their baggage, from the beach, through a heavy surf, to the steamer sent to receive them, in the short space of three hours, without the slightest injury to anyone - a result entirely attributable to his coolness and good management. I would also state that Mr. Cuyler remained with the boats by the wreck nearly two days, and succeeded in saving much valuable property.” Bache in turn wrote to the U.S. Secretary of the Treasury, Hon. James Guthrie, to be communicated to the Secretary of the Navy, commending the heroic actions of R. M. Cuyler.

Cuyler was a slave-owner in Georgia in the 1860s, and he served in the Civil War as a Private in the lst Regiment of the Georgia (Olmstead’s) Infantry.

December 3, 1858 [DAC]: “The following officers to report for duty on board the chartered steamer America… Lieutenant R. M. Cuyler…”

February 9, 1867 [SDU]: “Partial list of pardoned rebels. The President sent a communication lately to the House of Representatives, inclosing, from the Attorney General’s office, a partial list of pardoned rebels, and stating that there would not be time during the present session to make it complete. The following memoranda are copied from the list: …Georgia. Richard M. Cuyler, ex-United States Naval Officer; by Judge Wayne, of the Supreme Court, and the Attorney General…”