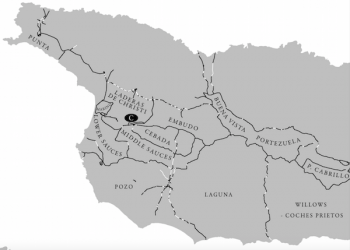 Cebada, Santa Cruz Island, meaning barley, is a pasture containing 559 acres on the western portion of the island. It lies on the southern side of the ridge road route to Christy Ranch.