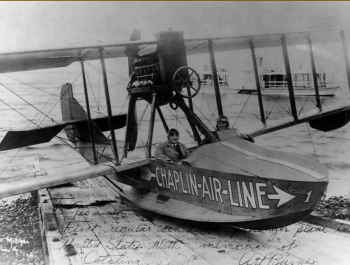 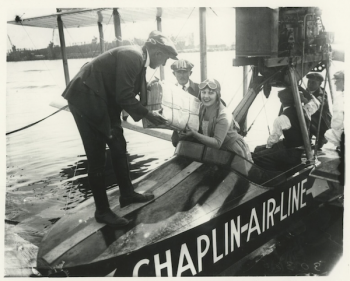 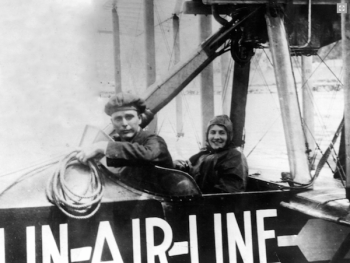 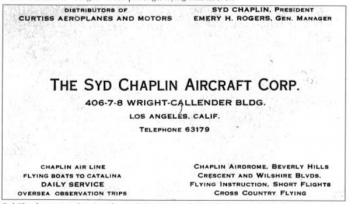 Chaplin Airlines, Santa Catalina Island was formed in 1919 by Sid Chaplin (half-brother to Charlie Chaplin) and Emory Rogers, who had built an airport in Los Angeles and were Curtiss aircraft dealers. It was the first regularly scheduled passenger service in the United States, and the air service shuttled people from the mainland to Santa Catalina Island, along with bundles of the Los Angeles Examiner. For the Catalina flights they purchased a three-seat Curtiss Seagull flying boat and began service in July 1919.

Chaplin Airlines continued their service to Catalina Island until September of 1920 when tighter restrictions were passed regarding licensing of pilots and the implementation of taxes on planes and flights. Though their daily service lasted only two seasons, Chaplin Airlines was the first, in a very long list, to use seaplanes for transportation between the mainland and Catalina Island. The last of which ended in 1989.

The Chaplin service closed in September and was not restarted, but went into the history books as California's first airline.

With the onset of World War II, Santa Catalina Island was declared a military zone, and both air and sea transport was shut down.