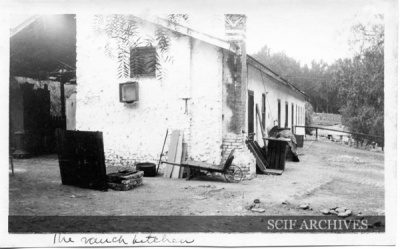 The original bakery with its baker's oven and chimney on the east end of the building was later transformed into a walk-in chill box.

During the Carey Stanton years of island ownership, groceries were ordered from a store which delivered the items to the boat at the Port Hueneme Naval Base. A standard grocery list was kept for ordering, one for the ranch comedor (workers), and another for the house (Stanton).

For his 26 years on the island, it was Henry Duffield's responsibility to oversee the unloading and shelving of the groceries, noting missing items from the delivery. Groceries came every several weeks. In the 1970-1980s there was no island garden, so fresh vegetables were limited. Canned and frozen vegetables were used. 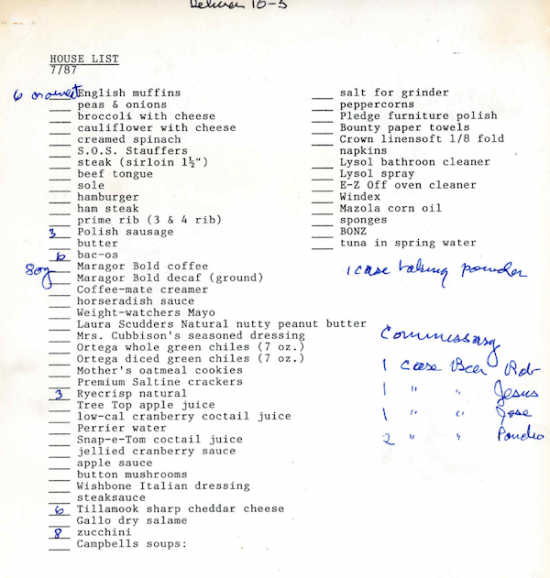 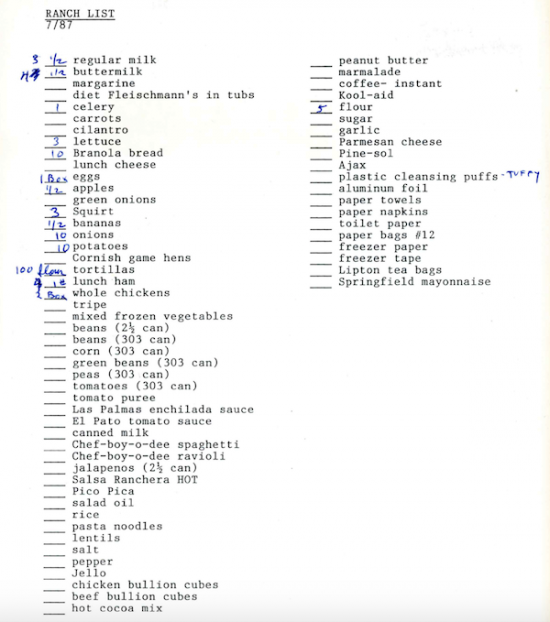