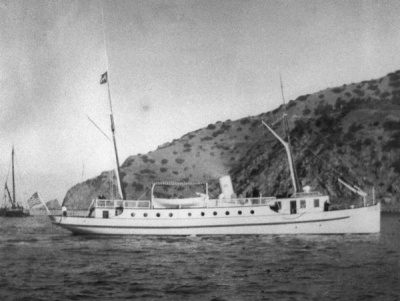 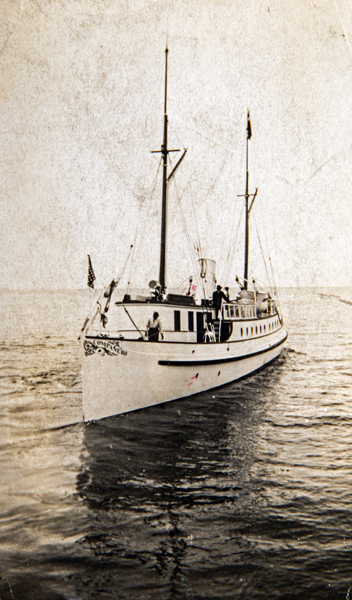 August 24, 1910 [SBMP]: “The steam yacht Compañero, belonging to the Bannings of Catalina Island, arrived here last evening. The vessel is about 100 feet in length and one of the best in its class on the south coast.”

August 7, 1915 [LAH]: “Yachting Party. One of the most delightful of the week-end parties planned for the younger set is that which George Hugh Banning will give aboard the Banning yacht Campañero [sic]. The affair will be a "stag" party, and about twenty young friends of the host are to enjoy the occasion. Mr. Banning will leave September 3 for Berkeley to resume his studies, but Hancock Banning, Jr. will not leave until later for Cornell University. He also will entertain with a farewell affair before his departure.”