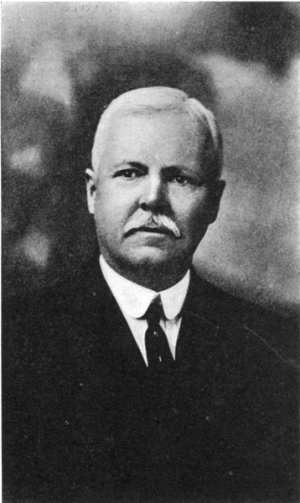 DAGGETT, Frank Slater (1855-1920) Ohio-born ornithologist who moved to Pasadena, California from 1895-1904 until moving to Chicago to engage in business. In 1912 he moved to Los Angeles and served as the first director of the Museum of History, Science and Art at Exposition Park, today known as the Los Angeles County Museum of Natural History. Daggett, a well-known scientist of his time, excavated many prehistoric fossils at La Brea Tar Pits. Daggett was also a member of the Tuna Club, Avalon, Santa Catalina Island.

A male Bald Eagle collected on Santa Cruz Island at Scorpion Ranch by Dr. James Hornung became a part of the collection of Frank S. Daggett.

Daggett died April 5, 1920 at the age of 65, and was survived by his wife, Leila, and daughter Mrs. Paul Stuart Rattle.

DAGGETT, Frank Slater. “Born at Norwalk, Ohio, January 30, 1855; died at Redlands, California, April 5, 1920. Director of the Museum of History, Science and Art in Los Angeles from 1911 to 1920. With Grinnell he described the Coronados Islands Song Sparrow (Melospiza coronatorum), and his name is associated with the southern form of the Red-breasted Sapsucker (Sphyrapicus v. fdaggett Grinnell), and with one of the extinct birds, Morphnus dagetti Miller, from the Rancho La Brea beds. The latter is now known as Wetmoregyps daggetti.”

July 25, 1896 [SFCall]: “Avalon, Catalina Island, July 22. Experienced fishermen unite in declaring that not for seven years have the jewfish been biting so voraciously at Catalina Island as this season. Some phenomenal catches have been recorded within the past two days. In the past twenty-four hours no less than six enormous jewfish have been brought in, two of which are record-breakers. The largest of these, weighing 405 pounds, was taken yesterday morning by Frank S. Daggett of Pasadena. The other, which scaled at exactly 400 pounds, was taken by F. W. Matthiessen of Ventura county…”

“Dear Joseph, Replying to yours of 5th inst. I believe you will receive every courtesy if you apply to William Wrigley, Catalina Island Company, attention Secretary. You will recall that the Banning people have sold out to Wrigley, the gum man, and he is spending about a million dollars on new hotels and other improvements…”