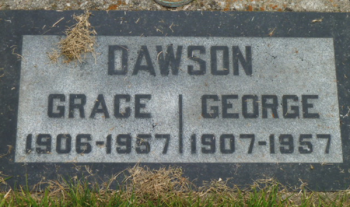 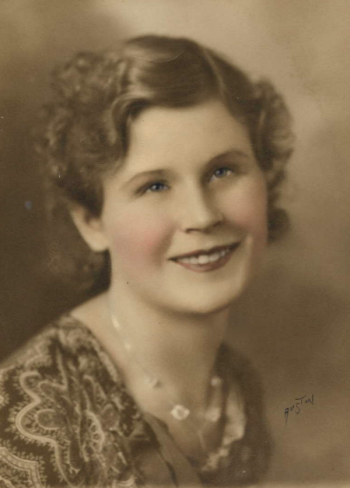 They had married in January 1957 and had no children together. She was married six time and had two daughters.

November 6, 1957 [LAT]: “Woman's Body Found in Sea; Mate Missing. A Sheriff's helicopter hovering over the choppy waters on the far side of Santa Catalina Island yesterday afternoon found floating in a kelp bed the body of a woman missing with her husband since Sunday. The helicopter's crew, with the Coast Guard cutter Morris and other surface units, had been searching for the pair after they failed to return from lobstering in a 19-foot skiff near Catalina Harbor. The woman was identified as Mrs. George Dawson. No age was given. Her husband, still was missing.”

November 6, 1957 [Redlands Daily Facts]: “Body Found Off Catalina. Avalon—The body of Mrs. George Dawson, who disappeared with her husband last Sunday, was found floating in a kelp bed on the far side of Santa Catalina Island, sheriff's deputies said today. The body was retrieved Tuesday by a sheriff's helicopter crew. The crew, along with men from the Coast Guard cutter Morris and several surface units, had searched for the pair since they failed to return from an outing in a 19-foot skiff near the harbor here. The woman's husband still was missing.”