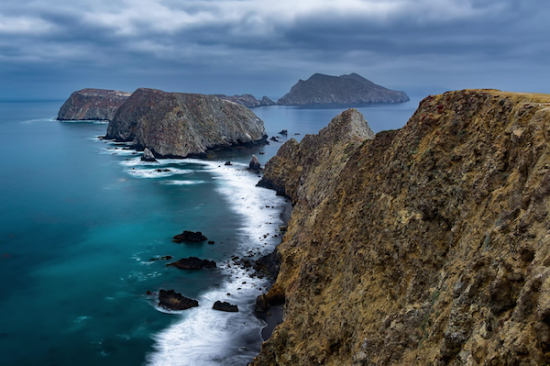 June 22, 1927 [LAT]: “Body found in floating box. Gruesome discovery made off Anacapa Island. Wooden casket opened by Ventura fisherman. Corpse of aged man had been nailed in chest. Ventura, June 21. — A large wooden box, containing the body of an aged man, was found this morning floating in a cove on Anacapa Island, thirty miles off the coast of Ventura, by Al Houston, captain of the fishing launch, Billie Boy, while on a fishing trip to the islands with a party of Venturans. Houston saw the box floating in the water there yesterday afternoon, and without investigating it attempted to tow it back to Ventura. It proved too unwieldy, however, and he left it. When he returned to the island this morning he broke open the box and found the body of a man inside. Houston replaced the top on the box and leaving it floating in the cove he returned to Ventura and notified the Coroner and the Sheriff's office of his find. Local authorities are mystified over the find inasmuch as they do not believe the body was buried at sea by any ship. It is the opinion that when bodies are buried at sea, they are sewed up in canvas instead of being placed in a box. The Coroner plans to go after the box and conduct an investigation.”

June 23, 1927 [Reno Gazette-Journal]: “Body is Afloat in Casket Found by Fisherman at Sea. Ventura, Cal., June 23.—Lying at an undertaking parlor in this city is the body of an unknown man, found floating off Anacapa islands in an oak casket encased in a regulation burial box. The remains are those of a man about sixty-five, well-preserved, as the body evidently was embalmed by an undertaker. The box was sighted floating in the channel by a steamer early in May, but search for it at that time by shore boats was futile. It was seen again late Monday and brought ashore late yesterday by local fishermen. All that the authorities have in the way of a clue is a necktie worn by the dead man on which is the label "Lyons, France," and a tag in the coat that has the name of New York clothiers.”