1890 John Innes killed in a fall on San Clemente Island.

1892 Ah Gin died on San Clemente Island under mysterious circumstances. Lee Duc was with him, but later disappeared.

1899 Tom Gallagher sheepman, died on San Clemente Island and was buried there.

1912 Captain "Ships" Benman drowned in the wreck of the Dora in March.

1923 Anton Hansen fisherman drowned when his skiff capsized in December.

1933 William Galvin (50), fisherman drowned when their skiff capsized in February.

1933 Charles Taylor (30), fisherman drowned when their skiff capsized in February.

1937 Six marines were killed aboard the ship U.S.S. Wyoming at San Clemente Island during gunnery exercises on February 18.

1937 Name Unknown, two pilots were killed in the crash of a seaplane on December 11.

1949 Name Unknown, June 4 two planes had a mid-air collision. One plane fell to the ocean.

1949 Theodore Homer (56), fisherman who drowned when his boat Marjorie Mae wrecked on July 30.

1955 Joseph D. Camarella (22) drowned fishing with two other airmen when their skiff sank on the northern shore of San Clemente Island on June 12.

1955 George A. Holmes (21) drowned fishing with J. D. Camarella when their skiff sank on the northern shore of San Clemente Island on June 12.

1955 Robert E. Stewart (21), radarman killed aboard the bomber that crashed into the U.S.S. Hopewell November 11.

1955 Brent M. Phillips (24), crewman killed aboard the bomber that crashed into the U.S.S. Hopewell November 11

1960 Joseph H. Hargroves (27), one of two killed in a truck accident when it overturned on the island on March 30.

1960 Robert B. Hughes (36), one of two men killed when a rocket motor ignited accidentally on December 13.

1960 Hubert J. Stanfill (41), one of two men killed when a rocket motor ignited accidentally on December 13.

1966 William E. Todd (37), Navy pilot killed with 3 others when their helicopter crashed offshore.

1966 Charles N. Tozer, killed with 3 others when their helicopter crashed offshore.

1966 [unknown], killed with 3 others when their helicopter crashed offshore.

1966 [unknown], killed with 3 others when their helicopter crashed offshore.

1981 David McMahon, drug smuggler killed when his twin Beechcraft hit a hill on the island.

1984 Thomas Schaefer (25), killed in a helicopter crash with three others on June 1.

2013 Craig Thomas Williams (36), drowned in a sailboat race accident of the Uncontrollable Urge on March 8.

2016 name not stated fisherman died aboard his boat offshore on August 9. (see below.)

2020 names not stated 9 marines died aboard an AAV amtrack when it sank offshore on July 30. (see below.)

August 9, 2016 [TI/Avalon] “Deputies and first responders handled an incident where a 77 year old man died on a fishing boat near San Clemente Island. The man’s son drove the boat to Avalon Harbor where first responders met him. The cause of death appears to be natural causes.” 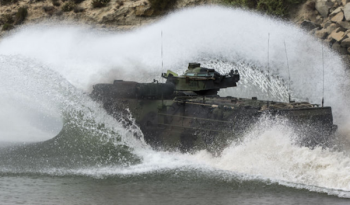 July 31, 2020 [Reuters]: “Seven U.S. Marines and a Navy sailor were missing on Friday, a day after their amphibious assault vehicle (AAV) sank off the Southern California coast during a training mission, Marine Corps officials said. Seven other Marines were rescued and are alive while one was killed after their vehicle took on water and sank around 5:45 p.m. Pacific time on Thursday (0045 GMT Friday), U.S. military officials said during a news conference. “They signaled to the rest of the unit that they were in fact taking on water,” Lt. Gen. Joseph Osterman said. “Immediate response was provided by two additional amphibious assault vehicles as well a safety boat.” Two of the rescued Marines were in critical condition at Scripps Memorial Hospital La Jolla while the other five are back aboard their assigned ships, Gen. David Berger said. A search and rescue mission involving a U.S. Navy destroyer and a Coast Guard cutter continued on Friday afternoon for the missing Marines and sailor. The Marines were wearing combat gear along with inflatable vests when the incident occurred, Osterman said. “It sank completely,” he said, adding that it was in several hundred feet of water. At “26 tons, the assumption is that it went all the way to the bottom.” The incident occurred during what the Marine Corps said was a routine training exercise near San Clemente Island. Marines often practice beach assaults there using amphibious troop transport vehicles. Berger said he suspended all AAV water operations until the cause is determined. He also said AAVs across the fleet will be inspected. All the Marines involved were assigned to the 15th Marine Expeditionary Unit, which is based at Camp Pendleton, the largest Marine base on the West Coast of the United States, between Orange and San Diego counties.”

July 31, 2020 [Times of San Diego]: “Search Continues for 8 Missing After Marine Vehicle Sank Near San Clemente Island. The military continued an all-out search Friday for seven Marines and a Navy sailor who went missing in the ocean near San Clemente Island when an amphibious assault vehicle sank during a training exercise, killing at least one member of the crew. Nearly 24 hours after the armored troop carrier foundered roughly 80 miles off the coast of Encinitas, Marine Corps officials continued to view the around-the-clock effort to find the missing personnel as a prospective rescue operation, according to Gen. David Berger, USMC commandant. “We have not moved into a recovery operation,” Berger told reporters during a mid-afternoon briefing at Camp Pendleton, the home base of the personnel involved the accident. The fatal accident prompted an immediate suspension of AAV water operations. The AAV sank for unknown reasons about 5:45 p.m. Thursday, more than 1,000 yards from shore on the northwest side of the island while the crew was en route to a waiting ship following operational maneuvers, said Lt. Gen. Joseph Osterman, commanding general, I Marine Expeditionary Force. “They signaled to the rest of the unit that they were in fact taking on water,” Osterman said. “Immediate response was provided by two additional amphibious assault vehicles, as well a safety boat.” Seven of the personnel aboard were able to get out of the sinking land-and-sea-going vehicle and were pulled from the water. Medics took three of them to Scripps Memorial Hospital La Jolla, where one was pronounced dead and the others were admitted in critical but stable condition. As of Friday afternoon, the other five rescued Marines had gotten clean bills of health and had returned to their units. The Marines were wearing combat gear along with inflatable vests when the incident occurred, Osterman said. “It sank completely,” he said, adding that it was in several hundred feet of water. At “26 tons, the assumption is that it went all the way to the bottom. It’s really below the depth that a diver can go to,” Osterman added. The deadly accident will be the subject of an exhaustive investigation, according to USMC officials. “We will share the results of it (with the public) once it is complete and the families have been notified,” Berger said. Marines regularly practice beach assaults in the area where the incident occurred. Taking part in the search for the missing personnel, which has continued unabated since the accident, were the crews aboard the destroyer USS John Finn, three U.S. Navy helicopters, several smaller Navy vessels, and a Coast Guard cutter and chopper from San Diego. The names of the victims – all members of the 15th Marine Expeditionary Unit – and further details about them were withheld out of respect for their families, according to USMC officials. Berger said that in addition to suspending all AAV water operations until the cause is determined, AAVs across the fleet will be inspected.“We are deeply saddened by this tragic incident. I ask that you keep our Marines, sailors and their families in your prayers as we continue our search,” Col. Christopher Bronzi, commanding officer of the 15th MEU, said in a prepared statement.”