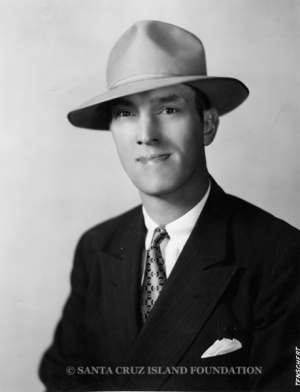 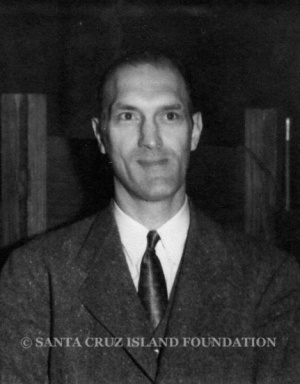 DeGROOT, Dudley Sargent (1899-1970), Chicago-born athlete and avocational ornithologist who participated in basketball, football, swimming and water polo at Stanford University. DeGroot was born on November 10, 1899 in Chicago, IL, the son of Edward Burton and Sarah DeGroot. Family legend has it that the original DeGroot’s came from the Netherlands in the 17th Century.

DeGroot became a member of the Cooper Ornithological Club in 1916.

DeGroot played rugby once for the USA as a flanker in the Olympic final against France in 1924. From 1932 until the start of World War II, he was the head football coach at San Jose State College. He coached football at various other colleges (e.g. Santa Barbara State; University of Rochester) before becoming coach of the Washington Redskins in 1943. He then was Head Coach at Los Angeles Dons (1946-47), West Virginia Football (1948-49), New Mexico Football (1950-52).

In April 1927 on a collecting trip with fellow ornithologists J. R. Pemberton, H. W. Carriger and H. W. Wright, DeGroot collected a set of bald eagle eggs on Santa Rosa Island that are now in the collection of the Western Foundation of Vertebrate Zoology, Camarillo, California. DeGroot was also like a son to ornithologial collector, Chase Littlejohn.

June 9, 1924 [Stanford Daily]: “Alice Roth married to Dudley DeGroot in Memorial Church. Alich Roth and "Dud" DeGroot were married in the memorial Church Friday afternoon at 5:30. The couple left the campus immediately following the ceremony for a short trip to the northern part of the state. They will spend the summer at Mammoth Lake in the high Sierras and will make their home in Palo Alto next year. DeGroot will enter business in San Francisco in the fall. Mrs. DeGroot graduates at the end of the present quarter. She has been president of women students during the past year, and also been captain of the hockey and basketball teams, and was high point scorer in track. Mrs. DeGroot has been a member of Women's Council, Student Executive Committee, and Cap and Gown. She belongs to Gamma Phi Beta. DeGroot returned to the campus Thursday morning from France. He was football captain 1923, student manager, and member of the swimming team. DeGroot belongs to Phi Beta Kappa, Skull and Snakes, and Sigma Nu.”

May 7, 1970 [NYT]: “EL CAJON, Calif., May 6 (AP)—Dr. Dudley S. DeGroot, a former rugby and football star and National Football League coach, died yesterday at his home here. He was 70 years old. Dr. DeGroot gained prominence in the early 1920's in foot ball at Stanford University where he played center and captained the team. In 1924, he was a member of the United States Olympic rugby team that won a gold medal In Paris. Later, he took various coach ing jobs at Santa Barbara State College, Menlo Junior College and San Jose State in California. By 1940 he earned the head football coaching job at the University of Rochester, where he stayed three years. In 1944 he became head coach of the Washington Red skins. He had been retired for several years, most recently heading the special services activities of the United States Army in Europe. He is survived by his widow, Ann, two sons and three daughters.”