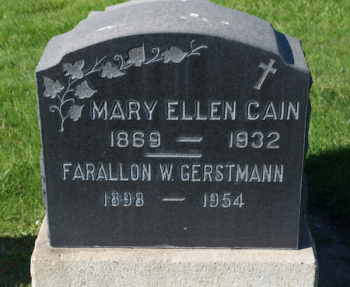 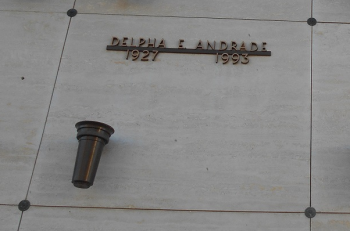 NOTE: The Lighthouse journals list 3 other births, but it is unclear whether these occurred on the island or if the mothers had been taken ashore for the births.

April 26, 1949 [SF News]: “She was first baby born on Farallones. Even school had its tribulations. Imagine 17 years on a small, barren island, a diet including abalone and sea gull eggs and months of isolation from the shore though it lay only 32 miles to the east. Farallon Gerstmann doesn't have to imagine it, she can remember it—or the latter part of it. To her belongs the distinction of being the first baby born on the bleak islands that lie outside the Golden Gate. That was April 8, 1898. Now an energetic-grandmother, Mrs. Gerstmann lives in San Francisco at 66 Waterville St. "they named me after the islands," she said, "but my friends call me 'Babe.' For 17 years my father, C. J. Cain, was light keeper there for the United States Lighthouse Service and two of my uncles were his assistants." As a child, Mrs. Gerstmann was never at a loss for playmates. She had nine brothers and sisters, two of whom died on the island, and eight cousins in the other two families. Mrs. Gerstmann was too young to attend school but her sister, Mrs. Renye Strittmatter of 2427 34th Ave. can recall the trials and tribulations connected with it. "The Board of Education sent us teachers," Mrs. Strittmatter said, "but they always got homesick. They'd go ashore for vacations and never come back. We had four or five teachers over a period of five years, and in all that time I don't think we got one full term of school." Boarding in San Francisco and attending school also had its problems. "The city seemed funny to me," remembered Mrs. Strittmatter, "there were so many people, after the island." No doctor attended at Mrs. Gerstmann's birth, but Mrs. Strittmatter remembers that too. "Aunt Minnie was the doctor," she said, and due to the lack of cabbage patches or storks on the island the children were told that their father found the baby in a basket while coming down from the lighthouse. "There were no other children to disillusion us," Mrs. Strattmatter went on, "so we all ran up the path shouting "The next one is mine." The children amused themselves playing together and keeping chickens, rabbits and goats. "One of the cousins had a pet goat and when when any of the tame rabbits died, we would put it in a little cart behind the goat and carry it to the rabbit graveyard. The mourners followed after," said Mrs. Strittmatter. In the evening they played games that combined lessons in such things as arithmetic and spelling. Mrs. Gerstmann recalls trudging up to the lighthouse to help her father light the coal oil flares. "The three men stood watches during the night, and worked from 9 to 12 in the mornings keeping up the painting and so forth." she said. The two sisters remember hunts that the men went out on for eggs to be sold in town. Murre eggs were the most plentiful. "They made special canvas shoes with rope soles that held to the rocks," said Mrs. Gerstmann, and Mrs. Strittmatter added that they also wore canvas shirts with large pouches on the front." "When we first went out to the island the lighthouse the lighthouse tender only came out every three months," said Mrs. Strittmatter, who was 2-1/2 at the time. "If if was rough and they couldn't land, it was longer than that. It happened one Christmas. To ease our disappointment we were told that Santa Claus was on the boat which was forced to turn back, and that's why he didn't come." The families had no fresh vegetables, and Mrs. Gerstmann admits that she doesn't much care for seafood now because she had so much out there. Ironically, she is currently working in a restaurant called the "Sea Food Bowl." Did they think life was rough? "Not at the time.