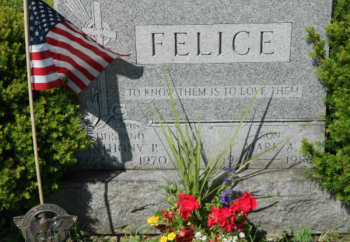 January 27, 1980 [LAT]: “Catalina Plane Crash Fatal to 1. A single-engine private plane crashed in 60 feet of water off Santa Catalina Island Saturday, killing a visiting New Yorker and critically injuring his Van Nuys cousin. A third person, whose identity was not immediately known, was reported missing, the Coast Guard said. The dead man was identified as Mark Anthony Felice, 18. He was visiting his cousin, Noah Felice, 28. Nearby skindivers hauled Noah from the water unconscious, but managed to revive him. His cousin apparently died immediately, the Coast Guard said. Noah Felice was taken by helicopter to Torrance Memorial Hospital, where he was under intensive care Saturday night with several broken bones and other injuries.”