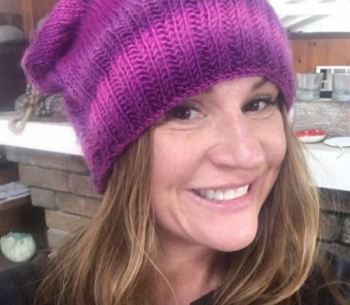 September 4, 2019 [Bay Area News Group]: “A Mill Valley woman, a family of five from Stockton, two high school students and the owner of a Santa Cruz diving company are among the passengers of a boat that was engulfed by flames in Southern California, sending shock waves across the Bay Area, where most of the victims hailed from. Officials have not formally named any victims, saying DNA samples might be needed to identify some of the remains. So far, 25 people have been confirmed dead and nine others were missing but presumed dead after Coast Guard officials suspended their search for survivors Tuesday morning. Five crew members were able to escape the devastating fire. But as rescue turned to recovery, the names of those lost in the fire — believed to be one of the worst recreational boating disasters in state history — have begun to emerge. Here’s what we know so far about the victims: Lisa Fiedler. Lisa Fiedler, 52, of Mill Valley, loved to dive and even thought of herself as “part fish,” her mother Nancy Fiedler told ABC7 News, this news organization’s media partner. Nancy said her daughter worked as a hairdresser but was also known for her stunning nature photography. “Everybody loved her. She was a kind, gentle person. She was a naturalist, she loved nature,” Nancy said in a tearful interview with the station. Jeffrey Trotter, artistic director at Independent Cabaret Productions in San Francisco, said he heard from a mutual friend via Facebook that Fiedler was among the fire victims. “I was so sorry to hear that news,” said Trotter, who said Fiedler and he were acquaintances from when they both lived in Stinson Beach about five years ago. “Lisa was an avid diver. She was constantly going all over the world to dive,” Trotter said. “I would see her around town and say hello; she walked her dog a lot,” he said. “She was always interested in the little art projects I was working on. She was interested in people’s lives in general. She was just a magnificent spirit.” Trotter said he once did a little landscaping work for Fiedler’s parents, who lived in Corte Madera. In return, Fielder, who worked as a hairstylist, gave him free hair cuts. “She used to give me a haircut in Stinson Beach whenever I wanted it,” Trotter said. “Lisa was a really gentle spirit.””