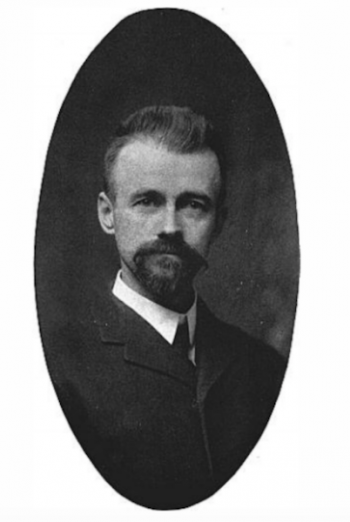 GAYLORD, Horace Amidon (1877-1916) Connecticut-born dentist who went on an expedition to several Mexican islands, including Guadalupe Island in 1896, with wealthy California collector, A. W. Anthony. Gaylord reported that their schooner "anchored at the Mecca of the expedition, Guadalupe Island,” on September 17.

Gaylord also spent 30 days on Santa Barbara, San Nicolas and San Clemente islands, from May 12-June 10, 1897, under the auspices of the Pasadena Academy of Sciences. During this time he wrote a report on the species observed, he collected dozens of mice on the three islands, and he collected a dozen foxes on San Clemente Island. Others on this trip were: Harry Gaylord, James Britten and Joseph Grinnell.

May 11, 1897 [LAT]: “The expedition under the auspices of the [Pasadena] Academy of Sciences will leave tomorrow (Tuesday) for scientific research on the Santa Barbara islands. A schooner has been chartered, and fully equipped. The party will consist of Joseph Grinnell, Horace Gaylord, Harry Gaylord and James Britton. They will probably be joined later by Professor Hoag of Throop, and F. S. Daggett. The plan is to spend the first week on Santa Barbara Island, the second on San Nicolas, and about two weeks on San Clemente.”

June 4, 1897 [LAT]: “Harry Gaylord will return tomorrow (Friday) to San Clemente Island to rejoin the expedition sent out by the Pasadena Academy of Sciences.”

June 11, 1897 [LAT/P]: “Messrs. H. D. Gaylord, Joseph Grinnell, J. R. Britton and Horace Gaylord of the Pasadena Academy of Sciences expedition to the Santa Barbara islands, returned late last night, bringing back many interesting and valuable relics. They have been gone thirty days and their finds were so valuable that another expedition will be sent out within a few days... A hermit was found living on San Clemente. Otherwise the islands are uninhabited.”