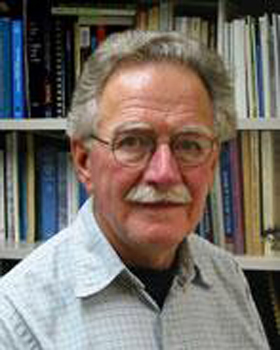 GLASSOW, Michael A. (b. 1940), professor of archaeology at the University of California Santa Barbara. Since the early 1970s, Glassow has conducted extensive archaeological surveys and research on the northern Channel Islands, particularly on Santa Cruz Island. His research is focused on a period of prehistory of the Santa Barbara Channel region between 7,000 and 5,000 years ago. He is interested in how populations adapted to changing environmental conditions during this period, particularly with regard to their subsistence practices and settlement patterns. 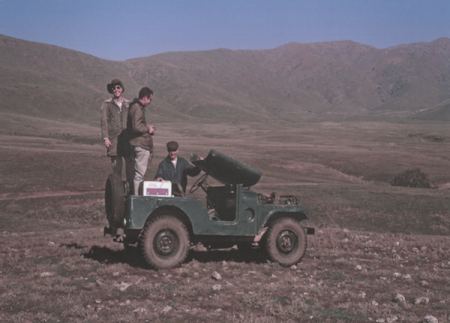 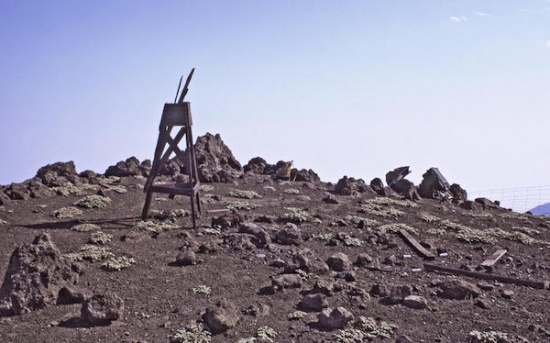 My First Ascent to the Top of Diablo Peak, 1973

“One of many "favorite moments" on Santa Cruz Island occurred in 1973, when I was directing a NSF-funded archaeological survey in various parts of the island. One of our survey areas include a watershed on the south side of Picacho del Diablo (Devil's Peak), which brought me and a couple of my crew members to the top. At that time, there was not the cluster of antennas and related facilities that now cover the peak. Instead, there were the remains of a temporary triangulation station that had been erected many years before during USGS mapping of the Santa Barbara Channel area. This is the wood tripod seen in the photo. The tripod may once have been sitting atop the benchmark, which can be seen in the lower center of the photo. We also saw on the ground near the tripod the carbon cores of the large dry cell batteries presumably used to power a light that was seen at night from mapping stations on the mainland—the triangulation wold have been done at night. Our backpacks are leaning against rocks to the right of the tripod. At the time of our survey, feral sheep kept the top of the peak bare of vegetation except for turkey mullein (or dove weed, Croton setiger), the green plants seen on the photo. Ridge tops all over the northern mountain range were similarly bare except for turkey mullein.” Michael Glassow, 2020