Difference between revisions of "GOODAN FAMILY" 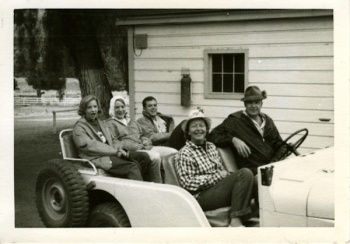 The Goodans were lifelong friends of Carey Stanton. Polly Pfleger Goodan was a classmate ('43) of Stanton's at Stanford University.