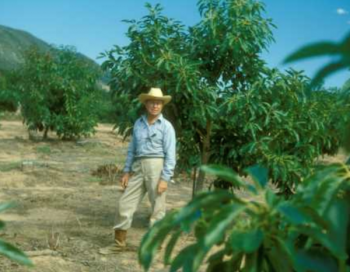 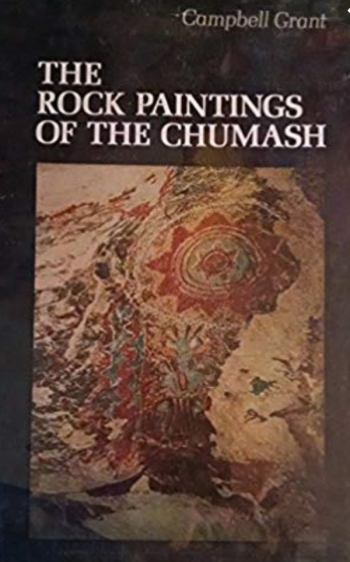 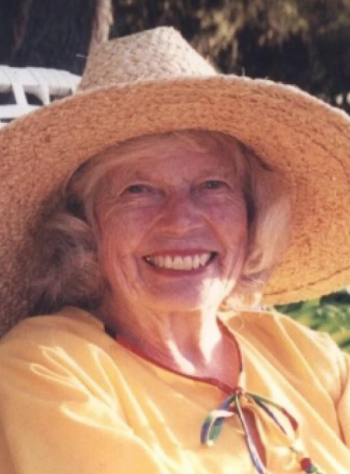 GRANT, Campbell (1909-1992), California-born artist, author and leading authority on Chumash rock art. Grant's artistic legacy and interest in natural history spanned half a century of Santa Barbara history. After graduation from Oakland High School, Campbell Grant entered the California College of Arts and Crafts. In 1930 he received a scholarship to attend the Santa Barbara School of the Arts where he learned the techniques of color woodcut from Frank Morley Fletcher. Campbell exhibited with the Painters and Sculptors of Los Angeles in 1934 and the Public Works of Art Project that same year.

Following his studies at Santa Barbara, Grant spent twelve years in Hollywood at Walt Disney Studios as a story director and animator. There he worked on many projects including animating the Fantasia scene "Night on Bald Mountain" (1940), Pinocchio (1940) and The Adventures of Ichabod and Mr. Toad (1949). When Grant left Disney Studios he moved his wife and two young children back to the ranch of his wife's parents, Lilia McCauley and Wolcott Tuckerman, in Carpinteria, where he taught at the Cate School. They had two more children.

While on a fishing trip in the back country behind Santa Barbara, he stumbled upon an Indian rock painting, and so developed his passion for the subject. He would spend the rest of his life researching, excavating, photographing and exposing to the world the fascinating paintings. Grant wrote numerous books and articles on the subject. Through a project with the Santa Barbara Museum of Natural History, Grant located, mapped and recorded more than 80 sites. The project began in 1960 when only 17 sites were known. He visited Olson's Cave on Santa Cruz Island as a guest of Carey Stanton in 19—.

May 7, 2012 [The Independent]: “Lou Grant, for whom Carpinteria’s Lou Grant Parent-Child Workshop is named, died at home on May 3. The cooperative preschool was renamed in her honor when she retired in 1984, after 25 years as director. Previously the Carpinteria Parent-Child Workshop, it is one of the 4 preschools affiliated with Santa Barbara City College’s Continuing Education Program. Grant’s contributions to the school and to the community were recognized by The Independent in 1995, when they named her a “Local Hero.” She was also named “Volunteer of the Year” in 1998 by SEE International (Surgical Eye Expeditions), which sends doctors to Third-World countries.

Lou became the director of the Montecito Parent-Child Workshop in 1959. The preschool was located in the former Montecito Home Club building on the corner of San Ysidro and East Valley Roads. The school shared the facility with the Montecito YMCA until 1967, when the building was torn down to make way for a shopping center. The school relocated to the Carpinteria Community Church, becoming the Carpinteria Parent-Child Workshop. Eleven years later the workshop found itself homeless when the church reclaimed the space for its own preschool. Loyal parents rallied around Lou as the group met for a year at El Carro Park. Lou would ferry trikes and other equipment back and forth from her home in her signature red Volkswagen bug with white racing stripes.

“Never give up,” was Lou’s motto, and after a year in the park and another 2 years in a portable classroom at the Carpinteria Boys Club, the school moved to leased surplus park property on 6th Street in 1981. Lou was always grateful to State Senator Gary Hart and Supervisor Naomi Schwartz who assisted the school in securing the site. On moving day, Lou waved to supporters from the cab of a Carpinteria Valley Lumber Company truck as the school’s swing sets and playhouse were trucked down Linden Ave. to their new home at 5400 6th Street, where the school continues to flourish.

Lou also taught courses in Early Childhood Education at Santa Barbara City College for many years. After retiring she volunteered for the Santa Barbara Botanic Garden and wielded a hammer to help build Transition House. Her volunteer work at SEE was inspired by her mother Lilia Tuckerman’s lifelong work with the blind, as a teacher and transcriber of Braille.

Lou Grant is survived by her 4 children: Gordon Grant of Coupeville, WA, Roxanne Lapidus of Carpinteria, Sheila Witmer of Ketchum, ID, and Doug Grant of Carpinteria. There are 11 grandchildren and 10 great-grandchildren. The family would like to thank Becky Jackson and Hannah Wood for bringing sunshine into Lou’s last months through their loving care.