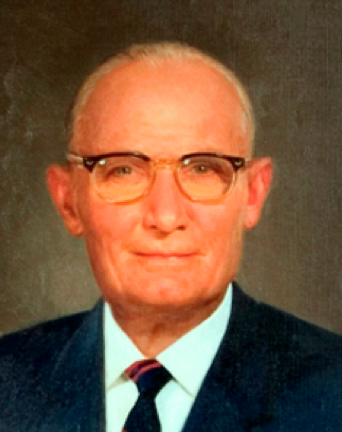 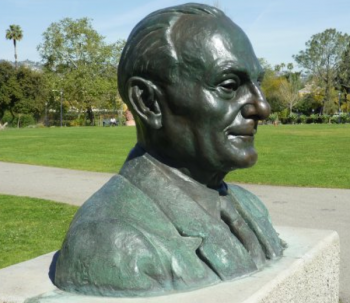 HANCOCK, George Allan (1875-1965) [SS#573-01-7993], San Francisco-born self-educated railroad engineer, oilman, developer, aviator, scientist, farmer, musician explorer and philanthropist. Hancock Park in Los Angeles was developed in the 1920s by the Hancock family with profits earned from oil drilling in the former Rancho La Brea. Hancock, born and raised in a home at what is now the La Brea tar pits, inherited 4,400 acres, which his father, Major Henry Hancock had acquired from the Rancho La Brea property.

Allan Hancock was a sea captain of any vessel of any size at that time who made expeditions to the Atlantic and Pacific oceans. He founded the Allan Hancock Foundation in 1939, and gave the Velero III to the Foundation, followed by several other vessels. Extensive results from Atlantic and Pacific expeditions were published through the University of Southern California where the foundation was housed.

After her death, Hancock married Helen Leaf. They divorced in 1945. According to the Times, she testified that her husband told her that "anyone as great as he is should not be bothered with a home at any time." In 1946 at age 71, Hancock married his third and final wife, Marian Mullin, 43. Allan Hancock retired to Santa Maria where died on May 31, 1965, of a heart attack. He was 89.

Hancock's bequests continued his long-time support of numerous causes. His philanthropy was broad.

Botanist Myron B. Dunkle named a San Clemente Island variety of Lotus after Hancock (Lotus argophyllus var. Hancockii) “because of his interest in scientific research, and because he has made possible the author’s botanical and ecological research on the Channel Islands.”

June 28, 1905 [LAT]: “A jolly party returned Monday from a trip up the coast in the Bannings’ smart little yacht, Cricket. They cruised up to Santa Barbara and over to Santa Cruz, where they spent the night falling in with the Luraline and a party of rovers from the Catalina Island Yacht Club. The members of the party were: William Bell, Walter S. Newhall, Frank H. Edwards, Eugene V. Baker, Allan Hancock and Hancock Banning.”

August 25, 1932 [LAT]: “San Diego. The elaborately fitted 195-foot yacht Velero III, owned by G. Allan Hancock, wealthy Los Angeles sportsman, left here today on an elephant seal hunt down the coast of Lower California to Guadalupe Island. Hancock has been granted permission by the Mexican government to bring two of the gigantic mammals to the United States to replace the pair which died some time ago at the San Diego Zoo. Hancock is accompanied on the expedition, which will last about ten days, by Dr. Harry Wegeforth, director of the San Diego Zoological Society, and Dr. John Garth, entomologist from the University of Southern California.”