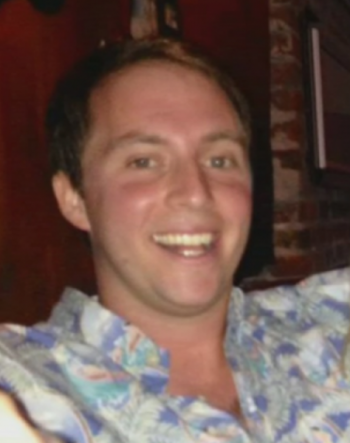 HARRIS, MICHAEL (c. 1988-2015) was killed in a late-night dinghy accident at Descanso Bay, Santa Catalina Island on September 6, 2015, along with Tyler Hayden.

September 6, 2015 [nbclosangeles.com]: “Late-Night Boat Crash Kills Son of Ex-49ers CEO. "Michael was a special, positive, young man," his uncle said. A man killed in a boating crash that injured three other people in the waters off Catalina Island in Southern California was the son of a former NFL executive, family members said on Sunday. The victim has not been named by authorities, but family members identified him as 26-year-old Michael Harris of San Francisco. He is the son of former San Francisco 49ers CEO Peter Harris. The crash, involving a dinghy and another small boat, was reported just before 1:30 a.m. near Descanso Bay, about a quarter-mile northeast of Casino Point, U.S. Coast Guard Spokeswoman SondraKay Kneen said. "The family is devastated and in shock, because Michael was a special, positive, young man," said Harris' uncle, John Harris. The family said Harris, who attended Santa Clara University and the University of San Diego, had recently earned a master's degree in psychology and was working on getting a practicing license. He was a counselor at his former high school in the San Francisco area. Harris' father was the president and CEO of the 49ers in the early 2000s. Five people were aboard the dinghy, including Harris, authorities said. It was unclear how he died. His girlfriend was hospitalized with injuries, Harris' father said in a Facebook post. The other boat involved in the collision was carrying two passengers, Kneen said. A helicopter crew from the Los Angeles County Fire Department evacuated the three injured boaters to the Ronald Reagan UCLA Medical Center. One of the boaters suffered a head injury and the other two victims suffered minor injuries, Kneen said. The cause of the crash was under investigation. Authorities said it was too early to tell if speed, alcohol or drugs were involved. The U.S. Coast Guard and divers called off a search Sunday night for a boater who went missing. The search was expected to resume Monday.”