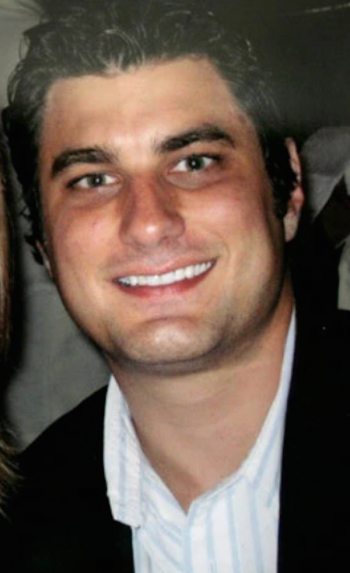 HATCH, Timothy R. (c. 1977-2008), drowned while free diving off his father's boat at the Palisades, Santa Catalina Island on Father's Day, June 15, 2008. In life he was an extremely giving individual, so in order to maintain Tim’s commitment to philanthropy, his family and friends established the Timothy R. Hatch Foundation.The foundation will fund two need and merit-based scholarships per year open to engineering students studying at Cal Poly San Luis Obispo. A golf tournament serves as their major fundraiser for the scholarships.

June 15, 2008 [OCR]: “Avalon. A Father's Day weekend trip to Santa Catalina Island has left one man dead, and his father in mourning. Thirty-one-year-old Timothy Hatch apparently drowned Saturday while diving in a popular diving area known as the Palisades. Hatch had been free-diving, wearing only swim trunks and goggles. The Costa Mesa man was out in with his dad and a few others, trying out the family's new twin engine boat. After making two successful dives, Hatch didn't come up after a third. An off-duty lifeguard on a nearby boat spotted Hatch on the bottom. Tim's father, Bob Hatch, told the Orange County Register that losing his son is like a knife through the heart. The Los Angeles County Coroner's Office is investigating the cause of death.”

June 17, 2008 [NJ.com]: “A Father's Day weekend trip to Santa Catalina Island left a former Emerson [New Jersey] man dead, according to a report in The Record. The report said Timothy Hatch, 31, apparently drowned Saturday while diving in a popular diving area known as the Palisades off the coast of California. Hatch was a 1994 graduate of Don Bosco High School.”