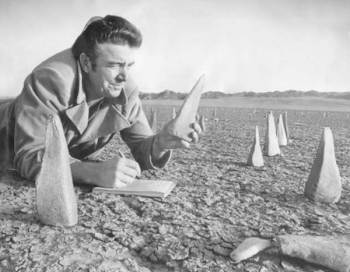 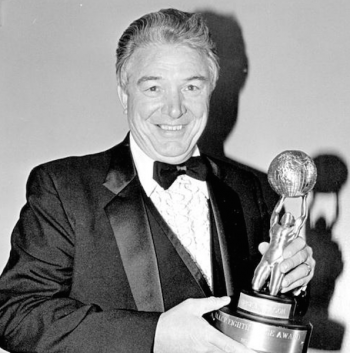 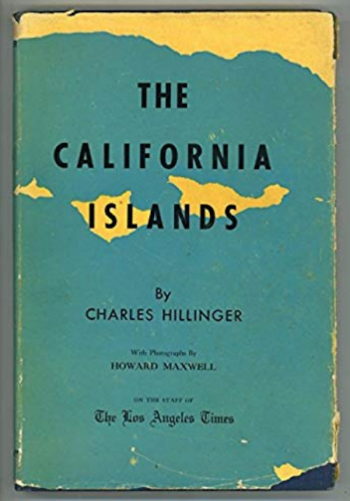 HILLINGER, Charles “Chuck” (1926-2008), writer for the Los Angeles Times for half a century. He received an NAACP Image Award in 1980. The reporter, who won his share of writing awards over the years, also wrote the books "Hillinger's California," and he edited and organized "Bel-Air Country Club: A Living Legend."

Hillinger authored one of the first comprehensive books about all eight Channel Islands, The California Islands published in 1958. Hillinger visited all eight California Channel Islands numerous times, and was a member of the All Eight Club. He served on the Santa Cruz Island Foundation Advisory Council until his death in 2008.

Hillinger is buried in Green Hills Memorial Park in Rancho Palos Verdes, Los Angeles. His wife, Arlene Otis Hillinger (1928-2014) is buried next to him.

April 30, 2008 [LAT]: “Charles Hillinger, a retired Los Angeles Times reporter and columnist who was known for human-interest stories about colorful characters he met while roving around America, has died. He was 82. Mr. Hillinger, died Monday at a nursing home in Rancho Palos Verdes after a battle with melanoma, said his son, Brad. Mr. Hillinger joined the Times in 1946, working in the editorial library before moving on to become a reporter. He covered the Beatles' 1964 visit to Los Angeles and the 1969 splashdown of Apollo 11's mission to the moon. From 1985-91, his "Charles Hillinger's America" column was syndicated by the Los Angeles Times-Washington Post News Service to more than 600 newspapers. Mr. Hillinger traveled around the United States, Puerto Rico and the Virgin Islands in search of characters. He worked on the premise that "everybody's important and interesting," he told CNN in 1996. In Times feature stories, his column and books, Mr. Hillinger wrote about a 78-year-old prospector living in a tiny Death Valley-area ghost town; a Manhattan sidewalk pickle maker with 65 years on the job; and a Kansas crop artist whose "mural" was as large as 14 football fields. Altogether, he contributed nearly 6,000 human-interest stories before retiring from the Times in 1992. Mr. Hillinger "never wrote a dull story," said William F. Thomas, a former Times editor. "He had an amazing amount of energy, and he was a very prolific writer," Thomas said. "He used to have stories stacked on my desk. I kept telling him I couldn't use him every day without wearing out the public, but they were all good."

February 25, 2014 [Daily Breeze]: “Arliene Hillinger, the wife of late Los Angeles Times reporter and columnist Charles Hillinger, died this week at the Silverado Assisted Living Alzheimer’s Unit in Redondo Beach. Hillinger was 86 when she died in her sleep Sunday. The couple lived for more than 40 years in Rancho Palos Verdes, where Arliene Hillinger was known for her annual Christmas cookie bake, which supported a Tijuana orphanage. She was born Feb. 21, 1928, in the family home in Highland Park, the youngest of five daughters born to Jesse Otis and Zora Davis. Arliene Hillinger graduated from Redondo Union High School in 1944 after moving to Hermosa Beach. The following year she met her future husband while working the soda counter at Opal Pharmacy, then located at the corner of Torrance Boulevard and Pacific Coast Highway. The couple married in 1948; Charles Hillinger died in 2008 at the age of 82. Arliene Hillinger served as president of the Redondo Beach Dianas Junior Women’s Club in 1959-1960 and was the city’s Woman of the Year in 1960. She often accompanied her husband on his roving reporting trips in the western U.S., where he sought out colorful, offbeat characters for feature stories. “They very much (reflected) the history of the South Bay,” said son Brad Hillinger of Castaic. In addition to a son, she is survived by a daughter, Tori Lindman of Carlsbad, and four granddaughters. A memorial service is scheduled at 11 a.m. March 5 at the Green Hills Memorial Park mortuary chapel in Rancho Palos Verdes.”